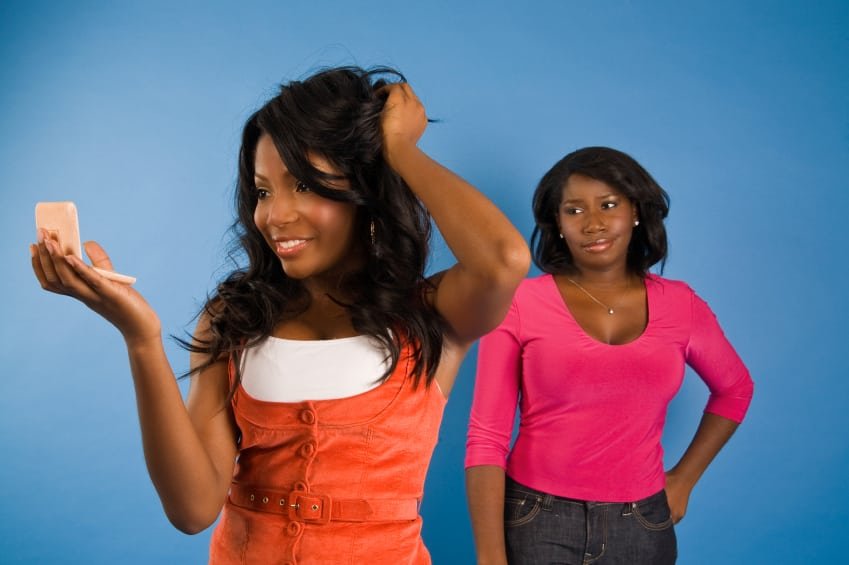 Envy in lay man’s terms is wishing you had a particular thing that someone else has. Often times this ends at the thought but when it lingers on to resentment, it becomes jealousy. We’re all human and at one point in time have fallen into this category, it can sound embarrassing admitting this to yourself but what if you can turn this negative feeling around?

Cynthia*, a female entrepreneur in her late twenties, admits she has had her fair share of feeling envious about her female celebrity crush but instead of hating, she decided to observe her cosmetic lifestyle. For her, it’s all about looking as fabulous.

“I fell in love with everything good about her… I’m following her beauty routine to look as fabulous as she is, so I can also slay on Instagram (laughs)”, she said.

Sometimes we get it right and the positive solution to our negative thoughts is pretty straightforward, but it’s not always the case. Jennifer*, a current final year student, explained how she was filled with enthusiasm to get financially buoyant at all cost but soon realized how destructive jealousy could be.

“I was in my second year and for some reason that I still don’t fully understand, I was just jealous of this particular chic on campus because she was fond of getting her way hugely due to her family’s wealthy status. I was so ‘motivated’ to prove to her that she wasn’t the only one who could flaunt her rich personality around, so I had to join in with the Aristo (Runs) Babes and was deeply thriving in prostitution to make the huge cash flow. I was almost consumed by that burning desire that quickly turned me into a sex addict but thank God for His timely intervention in my life, if not I could have been something else by now o”, she said.

Truth is, every single one of us constantly goes through this feeling, consciously or unconsciously but in the end, it depends on how we handle it.

How will you handle it? Remember, it’s a weapon.

Ese Walter’s On Her Alleged Affair With Pastor Bimbo Fatoyimbo of COZA. Guity or Not Guilty. Do You Think She Was Brainwashed?

This Nigerian Nkwobi Recipe by Bukie of TheKitchenMuse is What You Need!

6 reasons why you aren’t loosing weight

TW’s You’ve Got This Girl: That Idea Isn’t Going to Come Knocking…You’ve Got to Go After It!