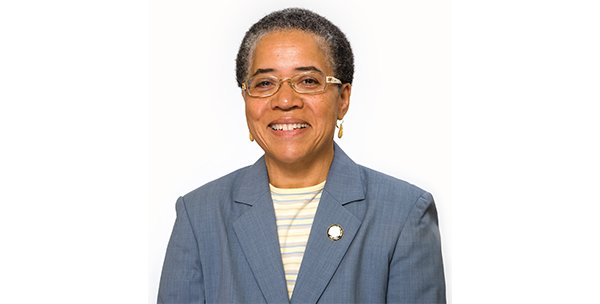 Last week, she was named the recipient of the 2019 Lifetime Achievement Award at the Pride of Britain Awards – the highest-rated award show of its kind on British television, created to celebrate the achievement of truly remarkable people who make the world a better place.

Dame Elizabeth, 72, is a health expert, tutor, lecturer, and Emeritus Professor of Nursing at the University of West London. She was involved in the establishment of the Brent Sickle Cell & Thalassaemia Counselling center in the UK.

Growing up, she was stigmatized for being born out of wedlock to an Irish mother and Nigerian father, and for being mixed-race.

She was rejected by her stepfather and for a while, was the only black child at a Catholic children’s home where she stayed for 9 years. At 16, she was inspired by a nun to become a nurse after her rough childhood.

Dame Elizabeth Anionwu did not let her background and all the challenges she faced stop her from making a difference or even becoming a pioneer in her career.

Dame Elizabeth Anionwu’s passion, hard-work, determination and dedication to the nursing profession and particularly to the Sickle Cell community earned her the Mirror’s Pride of Britain Awards Lifetime Achievement Award presented to her surprise, by legendary artist, Janet Jackson.

A TW Cover to Motivate

It should be noted that winners of this award are randomly nominated by the public and a shortlist is drawn by a panel who are made of national figures.

You may not receive a Lifetime Achievement Award, but you can be an “African Good News” every day by living excellently and demonstrating true African resilience regardless of where you are and the challenges you face.

Managing Relationship Rifts Between Your Significant Other & Your Family

Monday Motivation Matters: Jump 1st, Build the Plane On the Way Down

Monday Motivation Matters: You Have A Part to Play, Too!

When You Realize It Is Time To LEAVE!!!

TW’s You’ve Got This Girl: That Idea Isn’t Going to Come Knocking…You’ve Got to Go After It!

Monday Motivation: What Do You Bring to the Table?