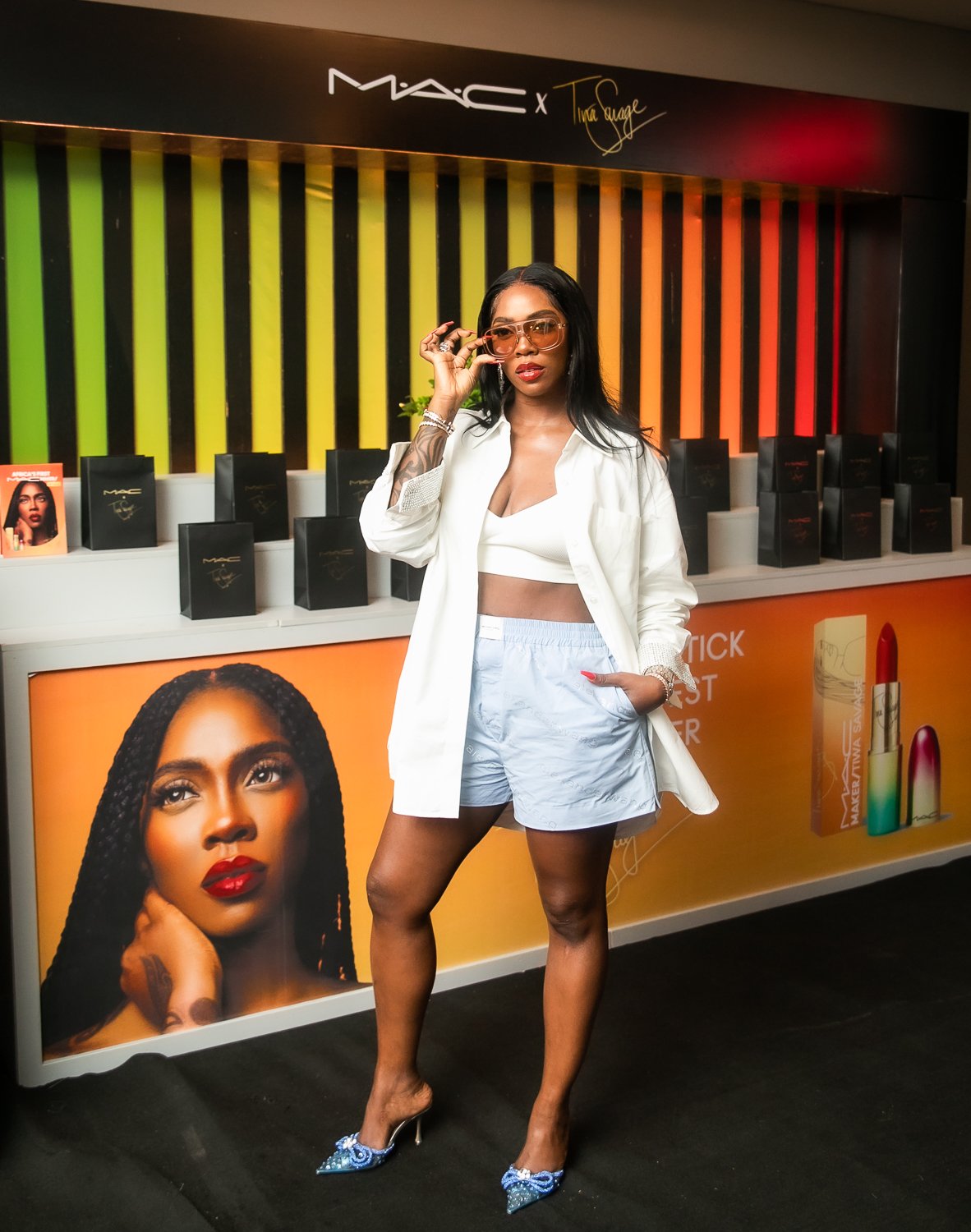 It was an afternoon filled with pure vibes at The Art Hotel Lagos as the self-acclaimed “MAC Gyal” Tiwa Savage spent the afternoon speaking about the process of formulating her new signature lipstick to an excited audience filled with professional makeup artists, beauty bloggers, content creators, and press on Sept 9, 2022. 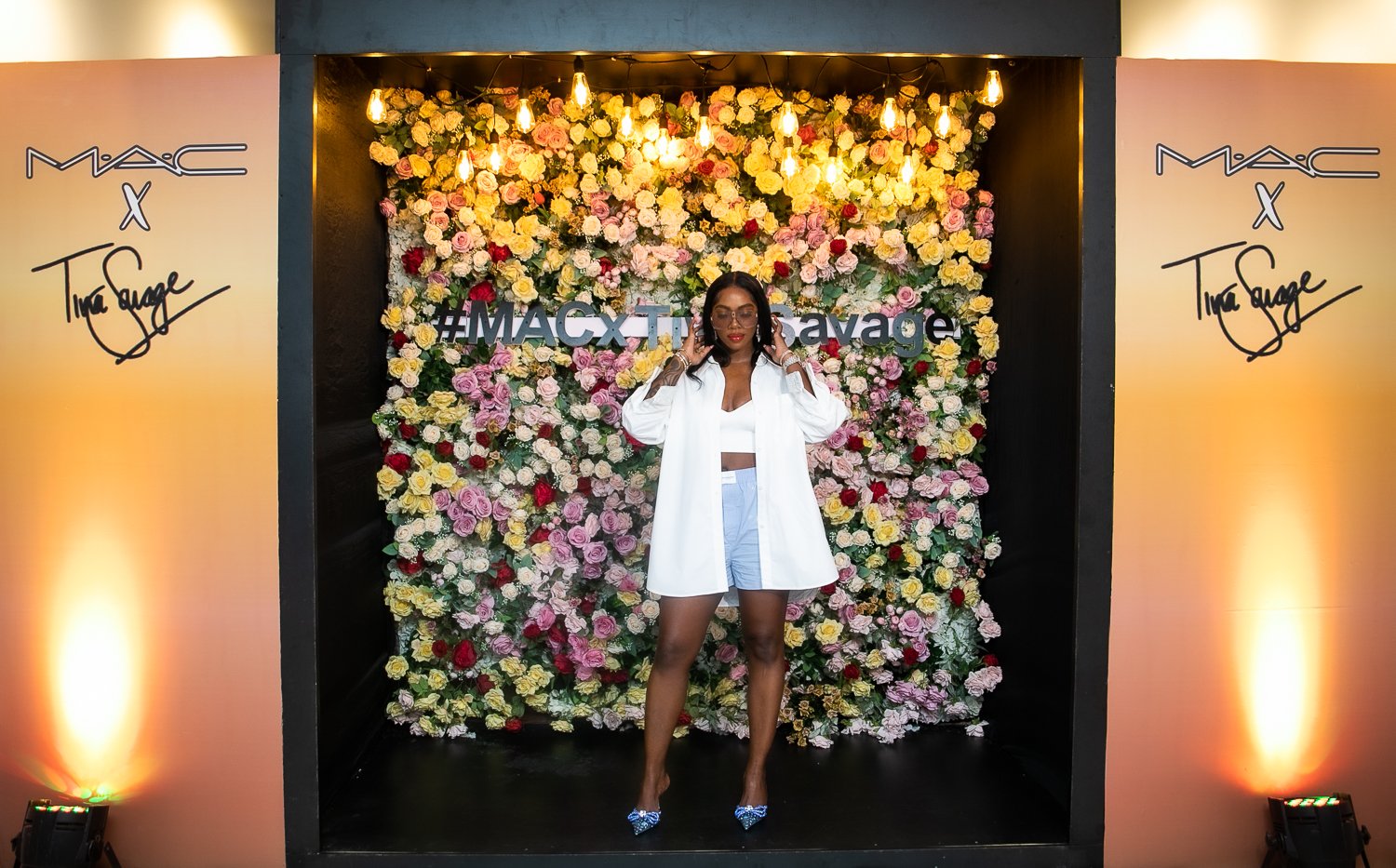 The MAC Maker announced on the 6th of September that she’s been working on this for about two years and is excited to share her latest venture with her fans. She then put a call out on her page to the aforementioned who came out en mass to show her love. 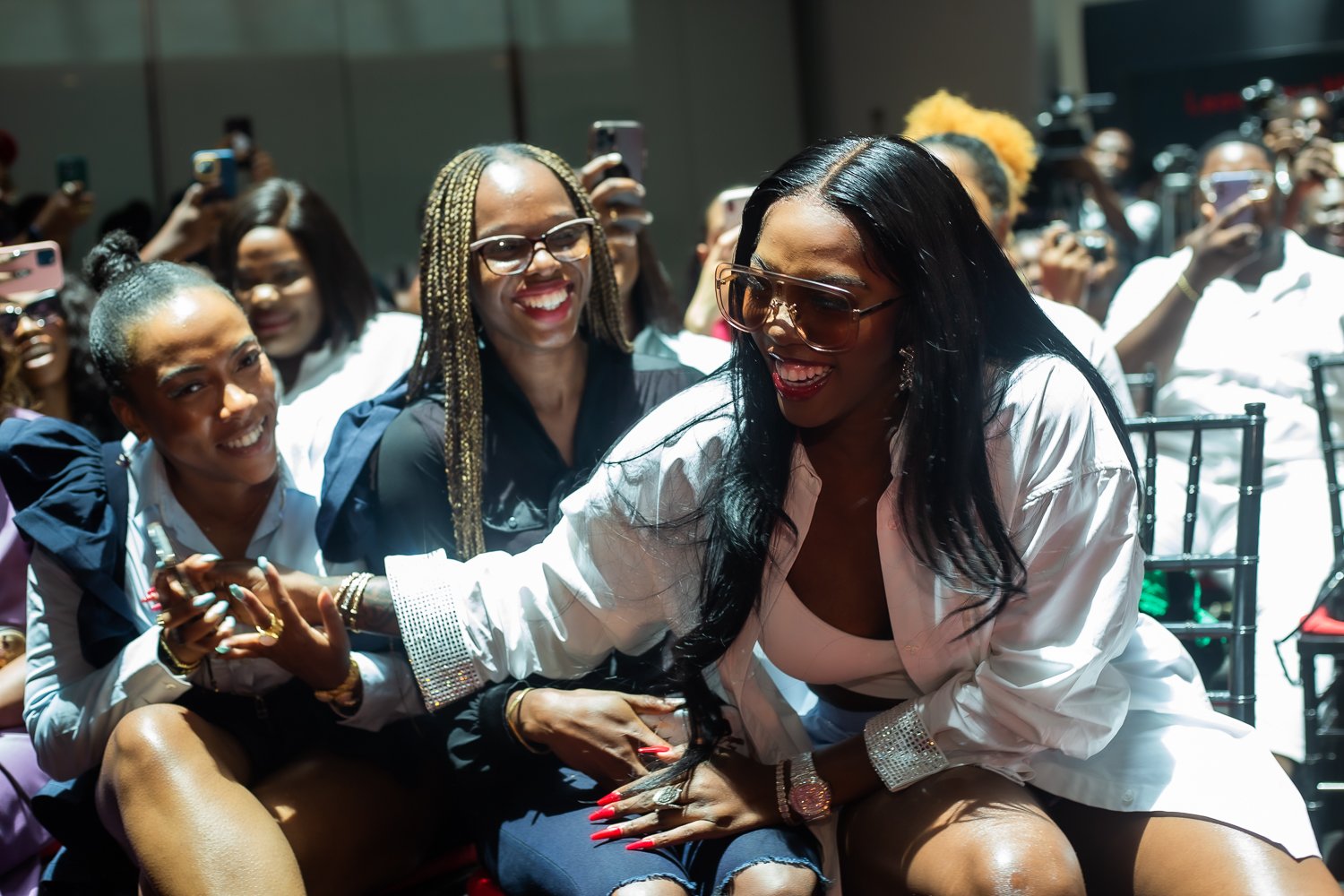 Hosted by Kaylah Oniwo who kept the crowd engaged and entertained, the afternoon kicked off with a quick introduction of The MAC Sub-Saharan team headed by Lebo Mulumba- Brand Lead Sub Saharan Africa who was delighted to be part of such a unique gathering where each person understands makeup intrinsically. Lebo explained to the audience that Tiwa was chosen because aside from being a global icon, she has always had a relationship with MAC and is passionate about supporting local talent which is why Tiwa insists on a Nigerian makeup artist no matter where she is in the world. She ended her speech by thanking Tiwa for this collaboration, rising up as an African Queen, representing the brand powerfully, choosing a colour that represents all men and women, and giving her all to put Africa on the map. 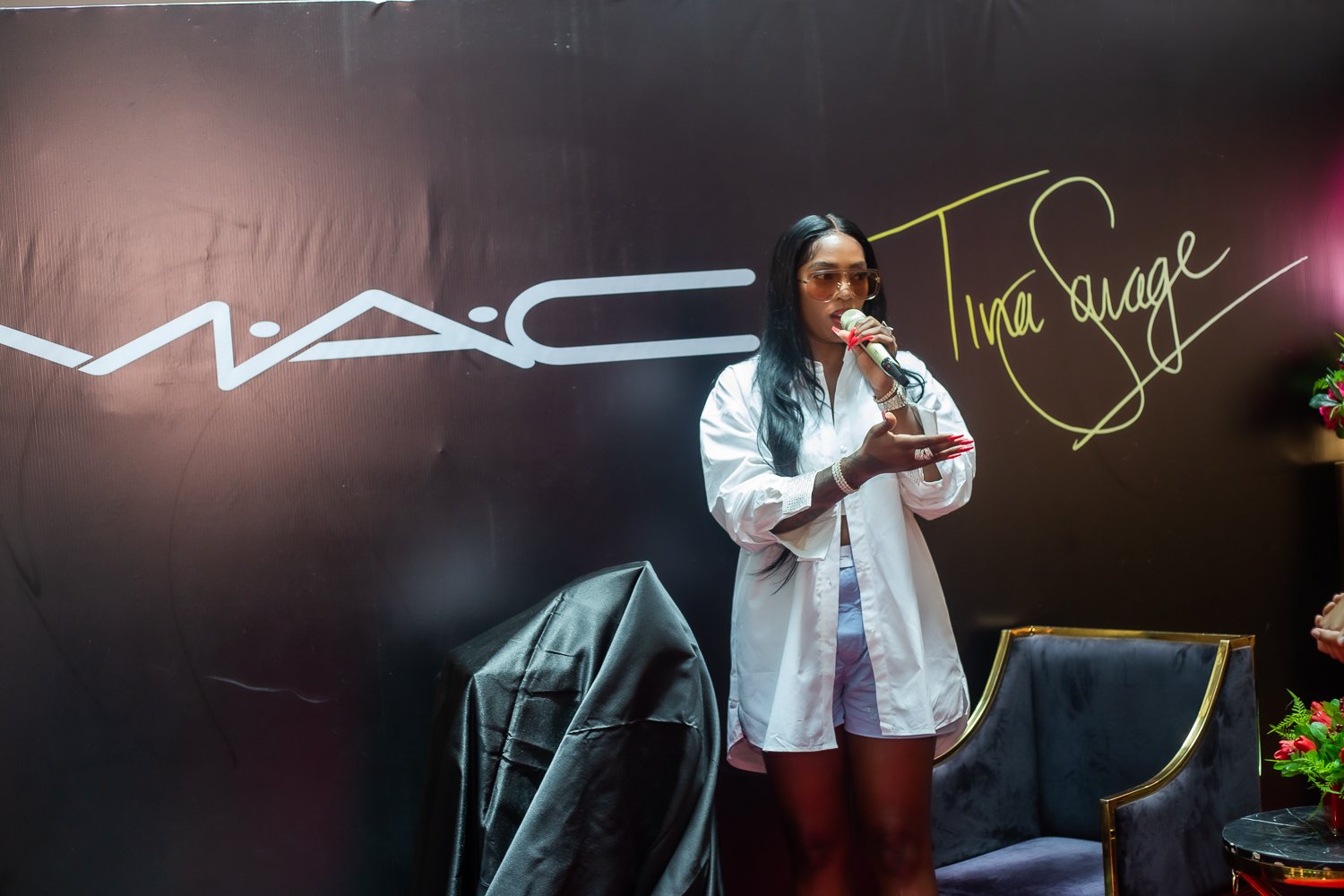 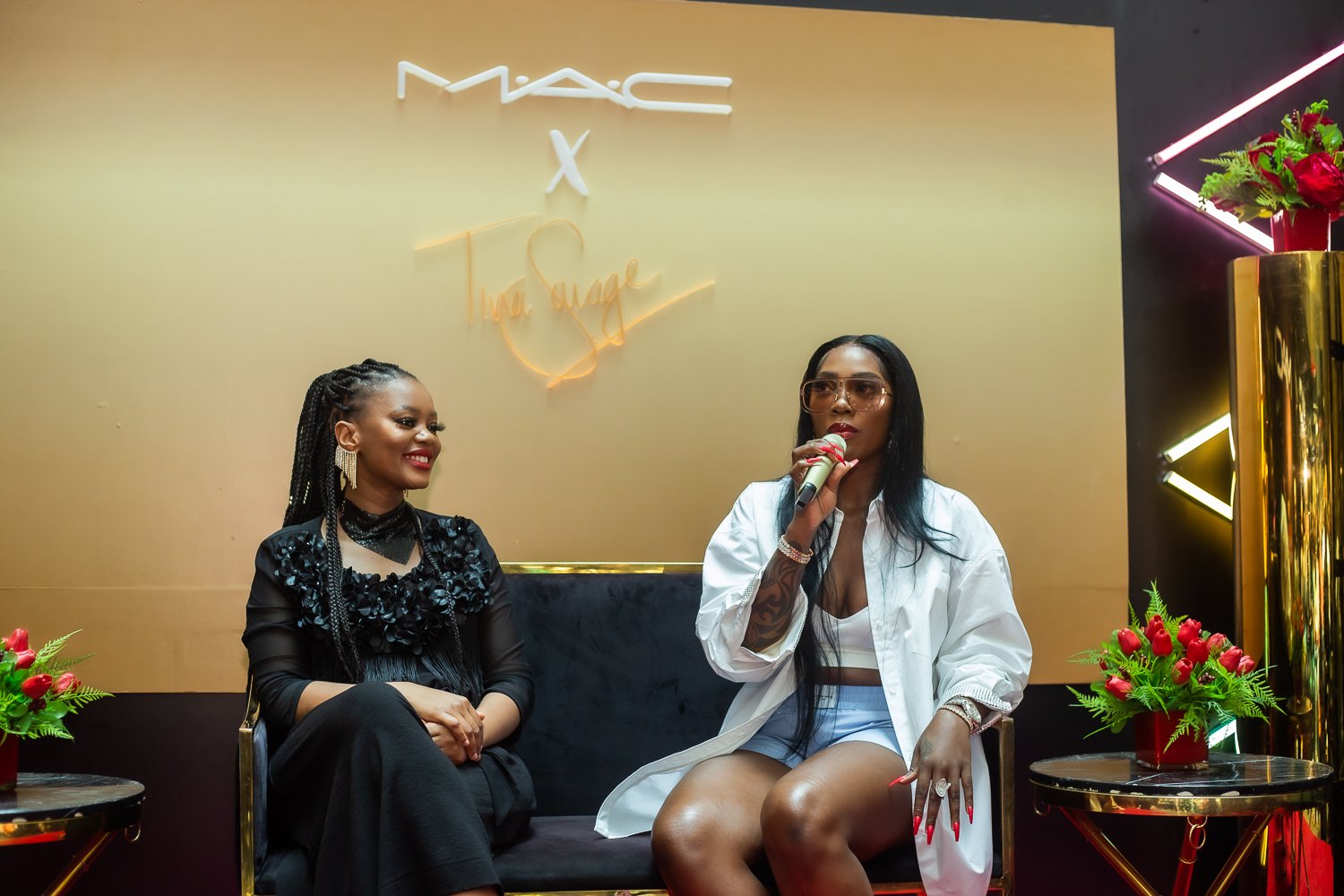 Tiwa thanked the audience for coming and is quoted saying

“this is a special moment for us. Africans consume so much in makeup but are not recognized so this collaboration is long overdue.” She went further to say “I chose this shade because I wanted something that is strong, bold, beautiful and represents women of my complexion because it’s difficult for ladies my complexion to find a suitable red. You can gloss it up when you want to feel like a “MAC gyal” but even though it’s matte, it’s not your typical dry matte.”

Following her address, she proceeded to unveil the lipstick to an enthusiastic audience who cheered her on. Kaylah ensued to ask the audience “who knows Tiwa best?” which was fun and interactive as the audience guessed answers and won gifts. 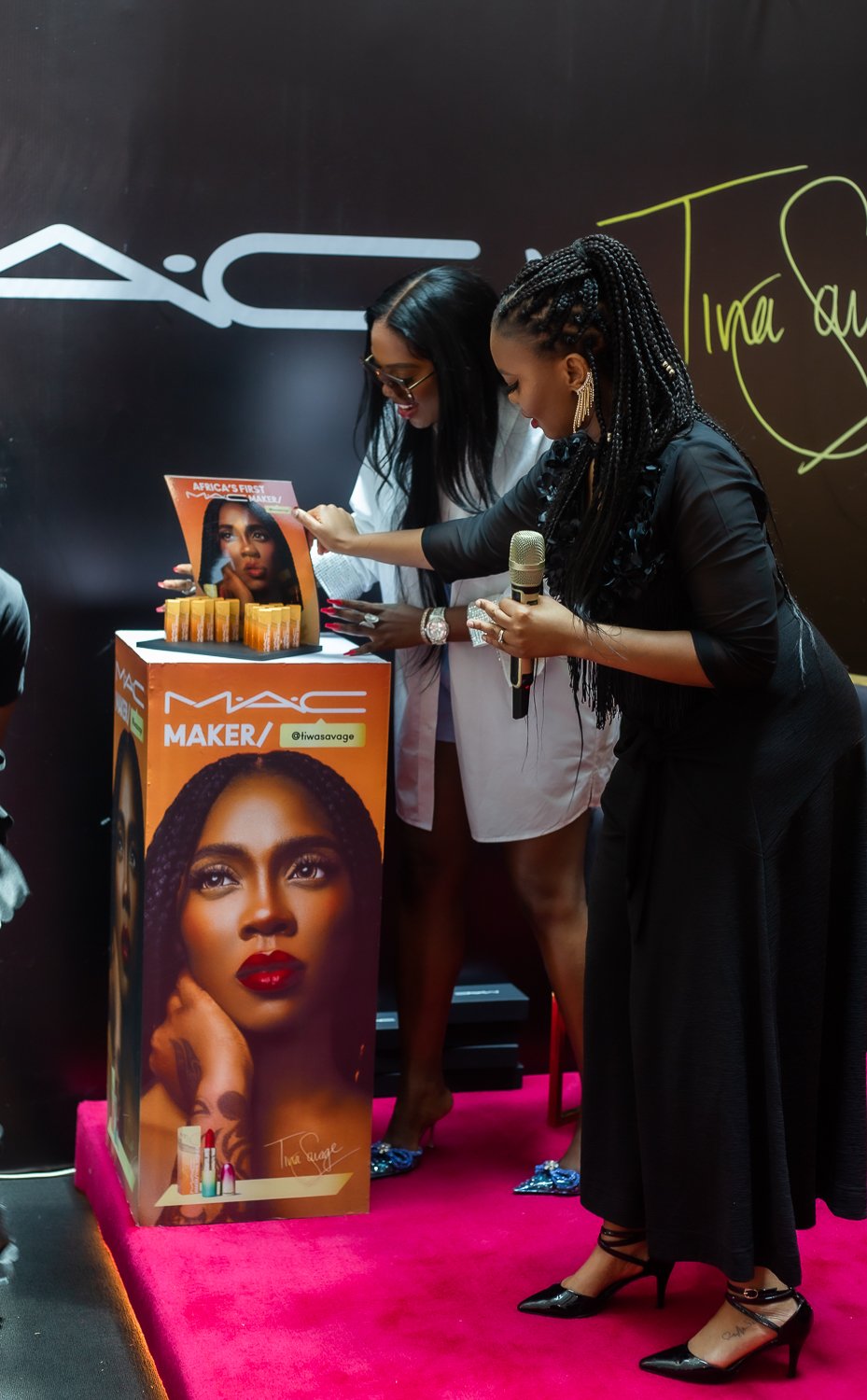 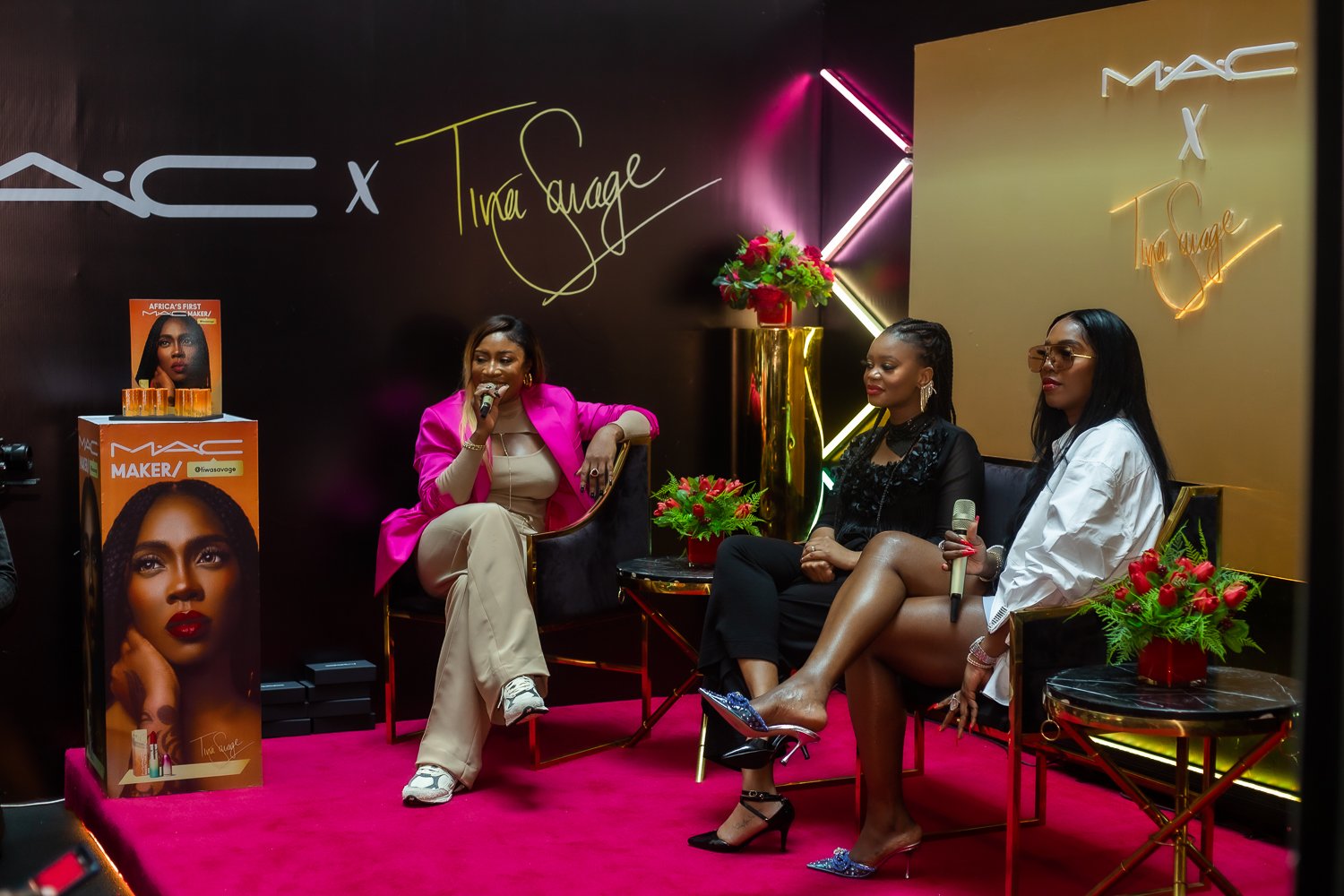 Following the games, Tiwa led everyone into the “Tiwa Lounge” where she entertained questions from the press, took pictures with fans and even bust a few moves with her lipstick in hand. 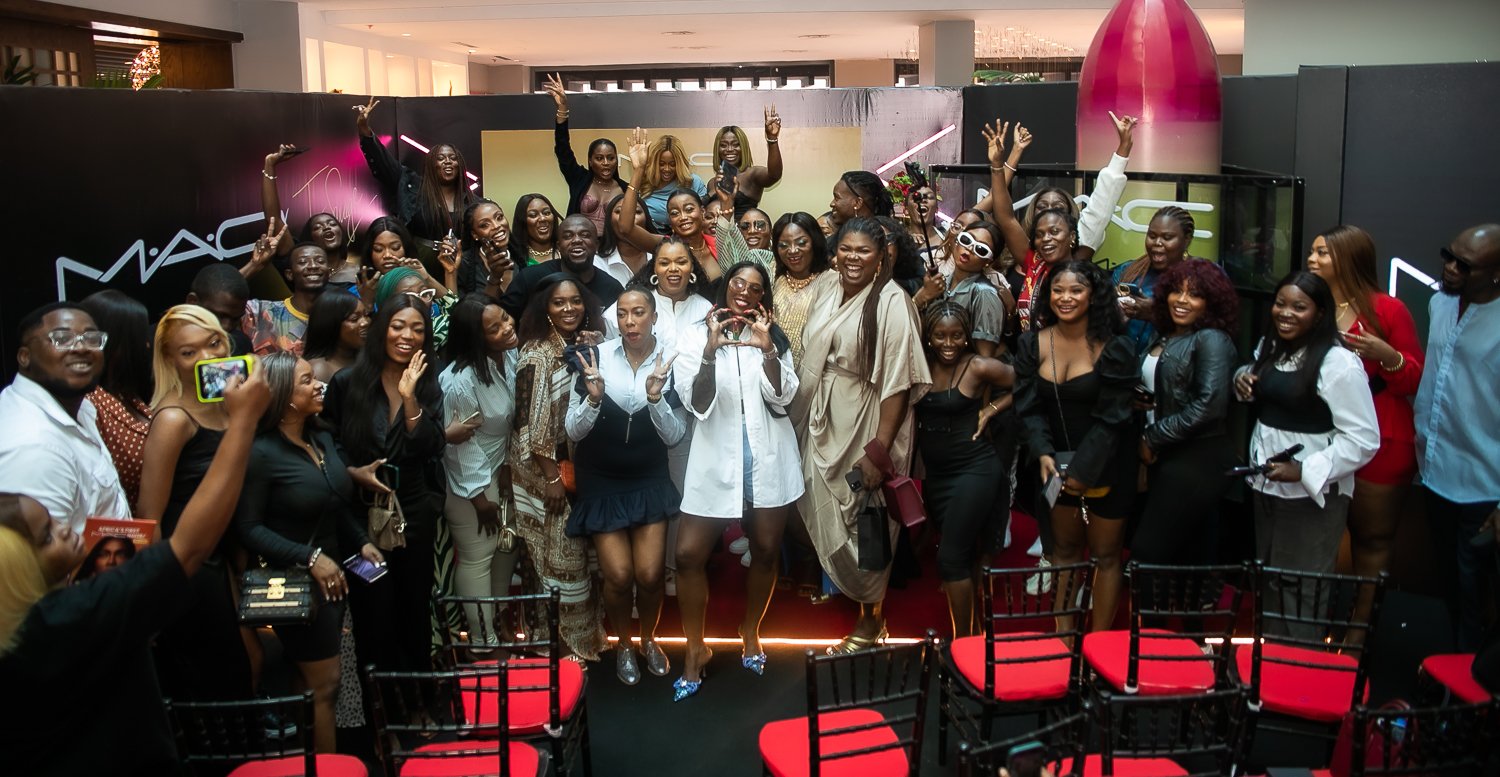 M·A· C Maker is a collection of lipsticks not only inspired by talent but intrinsically made by talent. Created by eight global beauty icons, each Maker selectively specifies the formulation of an exact shade in the texture and finish that best represents their style, working closely with M·A· C Artists and Product Development team to perfect an eponymous Lipstick that uniquely reflects their personality – inspiring you along with it.

Each limited-edition shade is encapsulated in packaging that’s specially designed and signed by the M·A· C Maker who created it. The lipstick is named after her- Tiwa Savage and retails for NGN 16,000.

AVAILABLE:
In all MAC and Essenza stores across West African countries and maccosmetics.com

A New Dawn for Luxury in Nigeria

Tiwa Savage in Vogue! She Bares It All on Vogue’s #BeautySecrets Series + 4 Times Tiwa Floored Us Recently

Do It Like a Woman! Meet the Star Makers of MAVIN – Jennifer Imion, Rima Tahini & Ifeoma Okonkwo