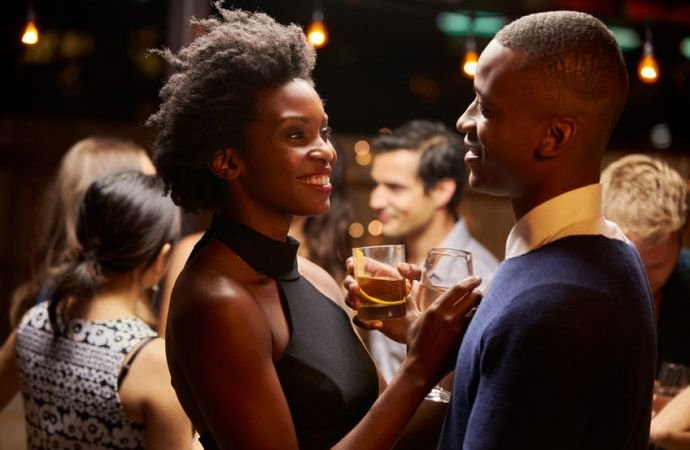 The dating world can feel like a maze sometimes. It has so many subliminal rules that trying to navigate it can get very confusing and tiring very quickly.

“Don’t call him more than he calls you”, “It is better for a man to love the woman more than she loves him”, “If you ask him out on a date he still has to pay” – is there some kind of rule book I haven’t heard of? How in the world am I meant to keep track of all of them while dating successfully?

Take for example “The 10th Date Rule”. I was watching a sappy rom-com a few days ago and one of the female characters brought it up. And funny enough, I had recently discussed something similar with a female friend of mine.

The entire definition is kind of long so I’ll give you the abridged version. The 10th Date Rule proposes that men don’t see the women they’re dating as potential girlfriends or wives until they’ve spent quality time with them 10 times. So, don’t “catch feelings” until the 10th date. Now I know it probably sounds like something conjured out of a Teen Cosmo Magazine editorial, but if you really think about it there might be something there. And I say this for both of us because we need something to protect women from the sinister jaws of heartbreak.

So let’s weigh the pros and cons, shall we?

Pros
Even though the 10th Date Rule might seem like it’s benefiting the guys, I think it’s a really great concept for women too. Think about it – if you wait till the 10th date before you start emotionally investing yourself, it gives you the chance to rationally think the relationship prospect through. You can think with a clear head on where you want the relationship to go or not. Plus, it helps you have fun while you’re dating instead of asking yourself if he’s the One!

Cons
10 dates is a lot and it is very possible you could get to 10 and end up high and dry. I’m saying this because there was a time I went on about 6 different dates with a guy and when I met his friends he introduced me as “one of his chicks”. I wasn’t sure if I was in the friend zone or if he had been operating my mumu button all the while.

So what do you think – should women wait for at least 10 dates before emotionally investing? Are 10 dates way too much? Would you be willing to do it with 5 dates? Let us know in the comments section below!

Common Health Myths You Should Stop Paying Attention To

Insufficient nutrition during fetal development may lead to early menopause

Glitzy Banquet At The Dorchester Rounds Off Africa Fashion Week!‏

Helping a Survivor of Sexual Assault

Is Abstinence A Deal-Breaker for You?