Chris Attoh’s name has come up a lot in the news this week. In an exclusive interview with Bella Naija, he opened up about his divorce from his ex-wife Damilola Adegbite and his career.

With all the buzz around the famous Ghanaian actor, we went back to our archives, specifically to our November 2013 edition where Chris was our celebrity feature. Then he was still single and a relatively fresh face in the entertainment industry, with a couple of movies under his belt.

Written by Ope Akinyemi, the interview shows a wise and introspective side of Chris and proves that there is so much more to the talented actor than his striking good looks….

It is late morning and the sun is blazing. I just arrived at House J Hotel in Ikeja GRA, Lagos for my interview with the fantastic Chris Attoh. When Chris walks over and greets me like an old friend, he looks fit and handsome in a fitted t-shirt and a pair of clean jeans. And from the moment he sits down, he is positively buoyant, smiling and often talking excitedly.

When Chris started acting in school plays, he had little idea he would one day become one of the most promising actors in Africa. But he knew for sure that hard work and persistence would move him up in life. “I have always known that preparation is key to everything in life,” he says. “My parents have very strong work ethics; my dad was a photographer and my mum was a caterer. They raised my three siblings and me well, and were big on us getting a good education.”

Born and raised in Accra, Chris trained as a professional Abstract painter at the Kwame Nkrumah University of Science and Technology in Kumasi, where he obtained a BFA in Fine Art. He later enrolled at the New York Film Academy where he took an all-round Film Makers Course. Chris’ creativity led him to work as a presenter at Groove FM and Choice FM, respectively in Accra. He then moved on to Metro TV where he hosted the Links show and later worked at Kapital radio in Kumasi, where he presented Jazz Nite. Next came Tinsel – a popular soap opera on MNet.

At the time, Chris believed he wasn’t in a good place and was literally up for anything. “My girlfriend and I had just broken up and I wasn’t happy. I really wanted to move out of Ghana and go live elsewhere,” he recounts. Serendipitously, it was right about that time Chris heard about a certain audition. “I walked in, answered a few questions and read what I was given. Then I was told to strip, which I did perfectly. And that was how I got the role on Tinsel,” he says laughing. Besides his groundbreaking role in Tinsel as Kwame Mensah, Chris has since acted in a number of movies including Hours to Christmas, Single & Married and Flower Girl.

The 6-foot 2-inch actor continues to prove himself time and time again to be one of the most adaptable entertainers in the business. He has successfully transitioned from acting to scriptwriting and directing, having recently aired his made-for-TV film, Devoted, on EbonyLife TV. A natural writer, Chris doesn’t come off as an actor filling time between movie roles. When in front of the camera, he disappears into his roles, often becoming nearly unrecognizable. And as a director, he exudes a very high level of confidence and trust.

These days, the 34-year-old believes wholeheartedly that the kind of adaptability, in life and career, is an essential quality for just everyone. He maintains that as a society, we are no longer expected to work a single career for decades or focus our brain power on just a single task. “You have to do what you have to do. Life isn’t just a world of discovery, but a world of creation. I don’t wake up waiting to see what the day is going to be like. I simply decide what I want and go for it – no matter what it is,” he says confidently.

For Chris, his career as a writer and director has been a long time in the making. He believes that perhaps, a little tweaking or polishing at times is certainly needed for anyone ultra serious about his craft. “Something I learned growing up was to take what I do seriously, while at the same time trying not to take myself too seriously.” Undoubtedly, it’s a mantra that is good for everyone who wants to be – or is – on top of his game, and it has set a foundation for Chris, obviously.

Chatting with him, one would realize that Chris isn’t some teen heartthrob only concerned with making female fans swoon. This talented hunk is determined to stay focused. Though presently single, Chris is patiently waiting to enter a new stage in his life as a husband and father. “Do I want to settle down? Soon, I hope. Two of my siblings are married with children, so there isn’t a lot of pressure from my parents at the moment,” he says.

For now, Chris has his career to mind. He, of course, wants to continue working on his craft as an actor, scriptwriter, and director. But how exactly does he plan to manage all that, he could not yet say. However, he assures nothing would stop him from going out there to share his story. “I’ll just keep going,” he says smiling. And I couldn’t agree more. With the unshakable self-assurance of someone who has seen all his dreams come to fruition, Chris is supremely confident that even greater triumphs await him.

GLITZ AND GLAM FROM THE DAISY KULTURE LAUNCH PARTY.

Afraid of Expecting Too Much from 2021? You’re Not Alone! Here’s Whats Tamara thinks We Should All Be Asking For 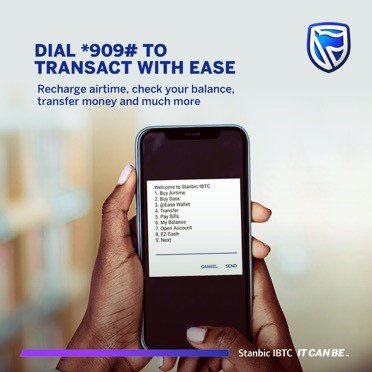 Throw Back Thursday – Yinka Davies, The All Round Entertainer