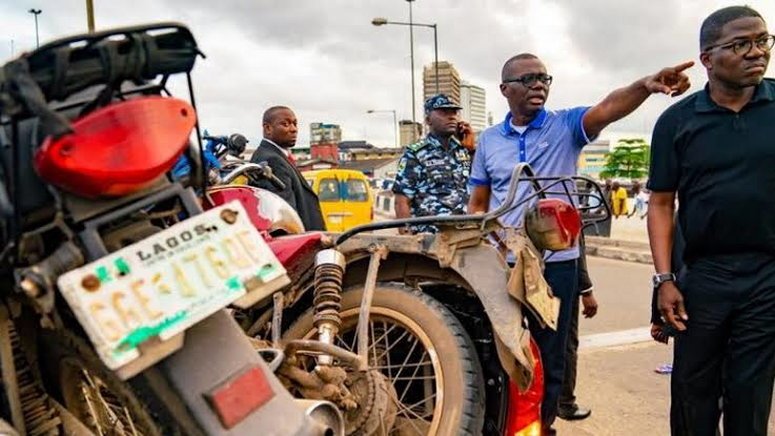 I write this as a concerned citizen of Lagos state who’s seen four APC governors take shots at changing the way the Lagos wheel turns. The most recent development? A ban on all commercial motorcycle (Okada) and tricycle (Keke) running major roads in 15 of the 57 LCDAs in the state. There is a perceived lack of foresight on our sitting governor who gave no alternatives to the users and providers of the banned service.

But they say one shouldn’t be quick to judge. What exactly is the plan and what are the present and future dividends of this decision?

The government lamented that youths are no longer interested in trades like tailoring, bricklaying, printing, painting, etc, saying artisans are now sourced from neighboring countries. There are also safety concerns, where a lot of motor accidents (10,000 motor accidents and 600 deaths), and thefts around the state have been attributed to Okada riders and their cohorts. Lastly, the idea that Okadas don’t fit into the administration’s vision of a ‘greater Lagos’.

Looking at the reasons the administration raised, is a lack of local artisans enough reason to ban Okada and Keke activity on major roads?  If Nigeria produced twenty times more architects than doctors, would we then sack all the architects in order to fill the quota? This particularly seems more like an excuse.

Today, the 7th of February is the fifth day since the ban was put into full effect. What have we noticed? Apart from the mass trekking by the general working population unprivileged to own a car/afford a taxi commute, crime rates have taken more of a spiral up as I’m led to believe. Counterproductive, no?

One account is of my colleague. Imagine it’s a Wednesday afternoon and you’re walking up to a meeting with a client. All of a sudden you’re halted by five men casually dangling knives, relieving you of your possessions and asking you to san wo (pay money).

This is what my colleague experienced at the hands of local motorist tax collectors (Agbero). As they had him withdraw money at an ATM to bail his life and belongings, they jokingly pointed out how the ban on Okada and Keke have left them jobless in the streets, enabling their repressed vices.

Another account which occurred only two days ago, saw riders take to the streets of Iyana-Ipaja as they have done since the news of the ban, only this time, it was different. The protest grounds were riddled by hooliganism ranging from petty theft to vandalism, arson, and gunfire.

How unsafe could it become to go out for some milk in about a week? Based on our track record, as far as crime goes, provoking the masses just digs the hole deeper.

THE LAGOS LEATHER FAIR IS ALMOST HERE! SEE THE SCHEDULE FOR THE THREE DAYS!

Whether this was factored or not, there has also been an increase in traffic on the roads and a severe lack of buses to cater for the population. Lagos traffic is world-renowned and the implementation of motorcycle hailing services (like Gokada and Opay) in the state has been nothing if not liberating. Even with the administration’s promise of 65 new buses to be added on the routes that have suffered from this ban, there doesn’t seem to be an end in sight for the increased traffic.

As we all know, a similar ban was placed about 6 years ago, detailing the specifications of commercial motorcycles that would be allowed for health and safety reasons. It is interesting to note that Gokada recently celebrated a 99.8% safety record milestone since the commencement of its operation. Laudable. With their safety record and their ability to maneuver 4-hour gridlocks, one can only question the direction this ban is going to take us.

Some say this is all a ploy for personal gain. A way to keep the privately owned, government-managed BRT service as the sole serving means of transportation in the state. A sort of generational trust fund, if you will.

So, what exactly does this ‘greater Lagos’ vision hold for the rest of us not in power? If the administration had put out alternatives before sacking the motorcyclists, could all this violence have been curtailed? Is commuting on Lagos roads easier now? If it isn’t, then when will it be? How safe are our streets now considering the scorned, unemployed youth lurking at every corner? Is this ban a hail storm or a hail mary? What are your two cents on the matter?

#MondayMotivationL: Let’s Take it from the Top!

#MondayMotivation: Pay Your Dues & Know Your Worth!

SECOND EDITION OF LAGOS LEATHER FAIR SET TO HOLD ON THE 4TH-6TH OF MAY AT HARBOUR POINT, LAGOS NIGERIA