Today, we shine the light on our very own star athlete and world champion, Tobi Amusan.

A girl from the land of  Ijebu- Ode is now a world champion, the centre of attention for people all over the world, and a proud Nigerian. Oluwatobiloba Ayomide Amusan was born to two school teachers on April 23, 1997, in Ijebu Ode, Ogun State, Nigeria. She has three siblings. With her father and mother both being school teachers, Amusan’s strict upbringing as a child is not surprising.

Reading and taking one’s studies seriously, according to Amusan’s father, is the tried and true path to success and stardom, rather than running around the stadium in the name of training. Amusan told the Headliner a story about her mother being injured and abandoned by the authorities, and she was warned not to put all her eggs in the athletics basket.

This is a common occurrence in Nigerian sports circles. Administrators are friends when things are going well, but they quickly become enemies when the athletes are injured or fall on hard times. Fortunately, her mother became her staunchest supporter, whereas her father insisted on education before pursuing an athletic career. 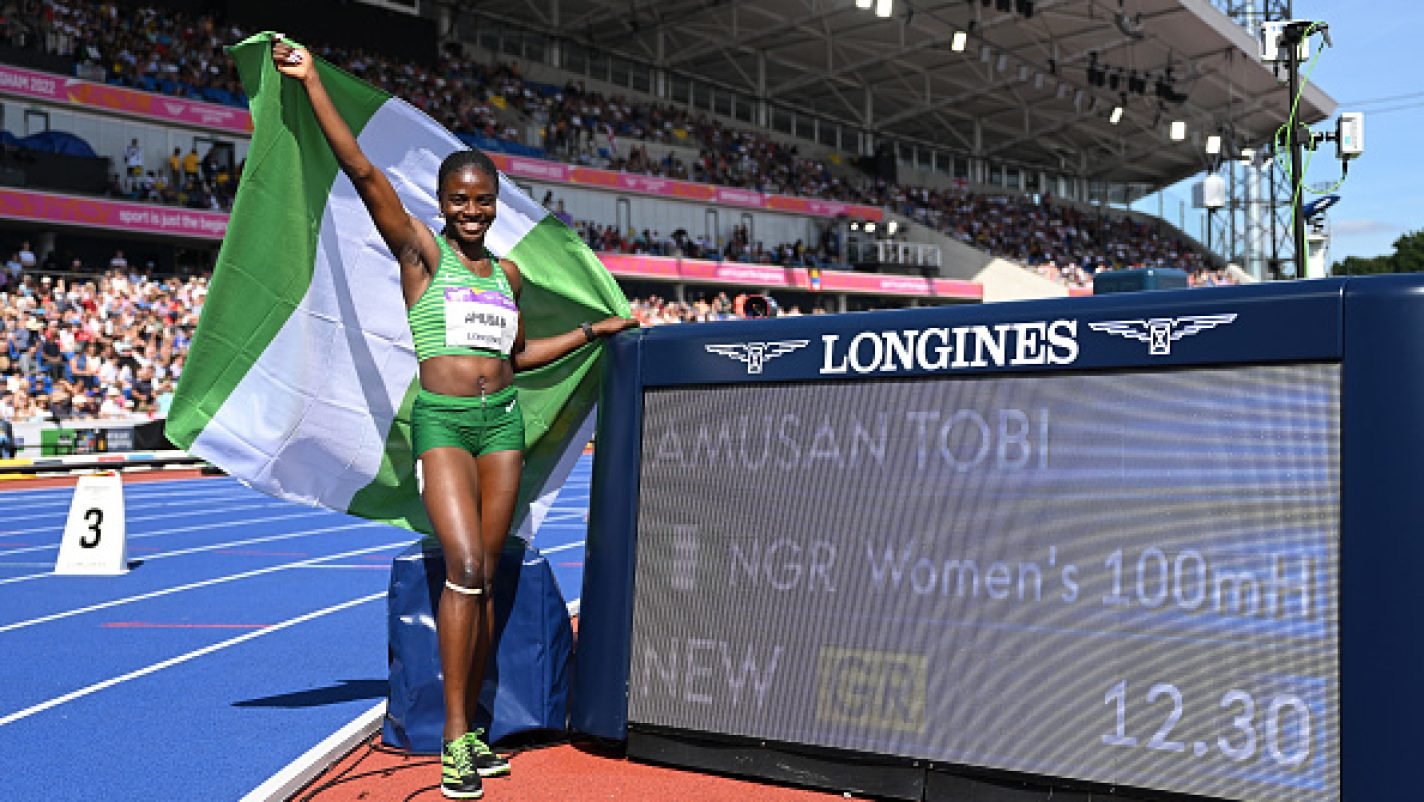 Amusan, who stands just over five feet tall, is from Ijebu-Ode in Ogun State, Nigeria. In Ijebu Ode, Ogun State, she attended Our Lady of Apostles Secondary School. And, like many Nigerians, Amusan began her sporting career as a football player, and she simply enjoyed running around. They took her to a track coach, and she won a race against supposedly coached athletes. That’s how her athletic career began in Ijebu-Ode.

Amusan began winning medals in local competitions, but it wasn’t until she won a silver medal at the 2013 African Youth Championships in Warri that she gained national attention. Winners of the continental meet in the oil-rich city included Ese Brume and Divine Oduduru.

She also made a trip to Ethiopia in 2015, where she won African U20 gold, and a breakthrough victory at the All-African Games in Brazzaville, Congo. Amusan’s early career as an athlete was not without its challenges.

Amusan was disqualified for lane infringement at the World Athletics U18 Championships in Donetsk, Ukraine. She felt disappointed but this did not stop her. She reached the semi-finals of the 100m Hurdles at the 2016 Rio Olympics, finished fourth at the World Athletics Championships in 2019, and finished fourth again at the 2020 Olympics before breaking the world record in 2022 in the United States.

Amusan broke the African record 12 months later, in June 2022, in Benin, at the All Nigeria Championships, which served as qualifiers for the World and Commonwealth Games. She revealed that her mental strength had improved during the course of her races. It was a taste of what was to come in Oregon.

Amusan began her 2022 season by winning the Diamond League event in Paris, where she set an African record by 0.01 seconds with a time of 12.41 seconds. She won gold in the 100m hurdles at the 2022 African Championships in Mauritius, successfully defending her title with a time of 12.57 seconds. She also competed in and won the women’s 4100m.

Later that year, in 2022, she competed in a Diamond League meet, finishing second to Olympic champion Jasmine Camacho-Quinn with a time of 12.60s.

Following back-to-back fourth-place finishes, Amusan entered the 2022 World Championships as a medal contender. In the heats, she set an African record of 12.40 seconds, breaking her previous record by 0.01 seconds. She set a new world record of 12.12 seconds in the semifinals.

In the final, she ran 12.06s (2.5m/s wind assisted, thus not a legal WR), becoming the first Nigerian world champion at the World Athletics Championships. Tobi Amusan is a motivation…..

We cannot deny the fact that Tobi Amusan is one lady to look up to and marvel at. Her consistency and dedication are definitely admirable. We can learn from her life that we should never give up on our dreams. Yes, we might fall but our miracle awaits us only if we get up. Another valid lesson we can learn from Tobi is that hard work and self-belief pay. With God, hard work, consistency and self-belief she achieved this great feat! If Tobi can conquer, so can we!