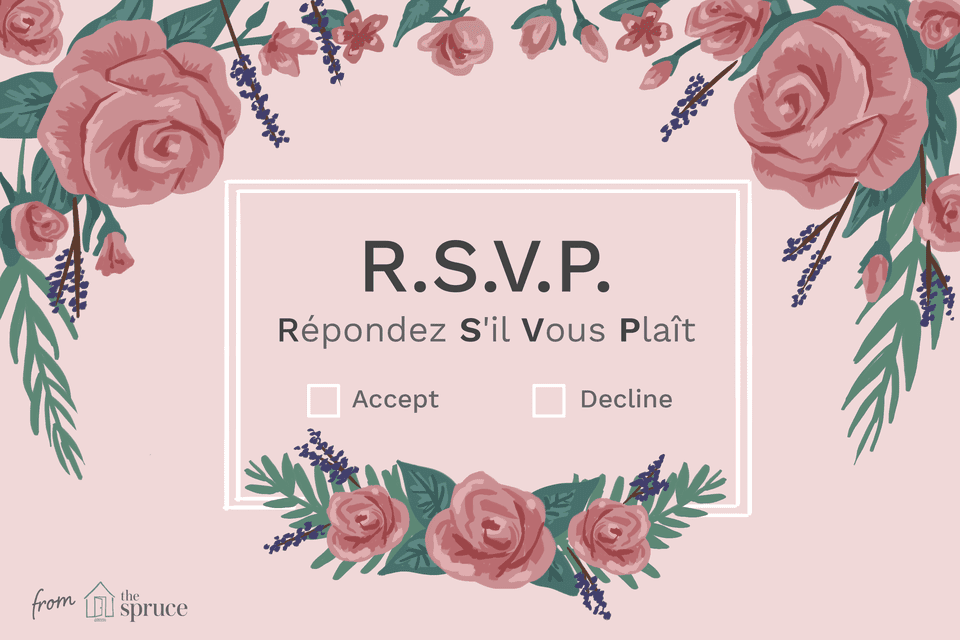 Do you RSVP? Clearly, if you are reading this, you are literate so I can safely assume that you would have, at some point, seen the acronym R.S.V.P., especially if you have a social life.

As a Communicator and Master of Ceremonies, I maintain a Linkedin profile where I share my thoughts from time to time. Recently, I wrote a piece to find out what people know about the acronym above and it unearthed quite a lot of surprising comments. A casual conversation with TW Editor-in-Chief saw me heading to the streets of Lagos to find out more through the newly introduced TW Vox Pop which I will be anchoring. My name is Temi Popoola and I would be serving you a mixture of information, entertainment, and humor. It’s like a cold smoothie with pineapples, apples, coconut, bananas, and watermelon. Oh-la-la!

Hmmm…Come to think of it, today’s conversation could either earn you a good drink and food or it could keep you from getting one at an event.

It usually sits pretty at the bottom of most invitation cards; an ‘RSVP’.

On the Linkedin post I mentioned, many respondents realized that they had interpreted it wrongly. Most of them had no clue about its full meaning, while a few, who knew the meaning, admitted that they didn’t apply it either. It wasn’t much different on the streets, which is why I am taking time to throw some light on it.

Let’s start by stating clearly what it DOES NOT mean

RSVP isn’t a mobile number to call when you need direction either.

What does RSVP stand for?

RSVP is the shortened form of the French phrase, ‘Réspondez S’il Vous Plait’ which means ‘please reply’. (I learned to pronounce the phrase using a French audio dictionary. You should try it too.)

When ‘RSVP’ is written in an invitation, it means that the organizers would like you to confirm that you would attend the event. Invitees may also be required to confirm attendance by a specified time.

For example, when an invitation reads, ‘RSVP by 30th of February, 2020’, invitees are expected to send a positive response, on or before the specified date.

Unfortunately, many organizers don’t attach a timeline to the response, which shows that they do not value that feedback from an RSVP and only write it to follow the trend. An event planner that I spoke with admitted this, saying, “I put it on the card just because it is written on all the cards that I have seen”

Actually, feedback helps with proper planning for guests, which is why a phone number is usually added at the bottom. Some organizers would like you to confirm attendance by reaching out to the person whose phone number is provided. In other cases, an email address or other details may be supplied for communication.

So ideally, the silence of an invitee could be tantamount to a rejection of the invitation and you won’t be expected at the event, as your name won’t get on the guest list.

VALENTINE OR NOT, THERE’S NO ROMANCE WITHOUT FINANCE

But hey, who cares about all this in our environment where people just appear at parties with hangers-on? Imagine the chaos when you prepare food and refreshment for say 100 guest and you end up with 300?

This is probably why today, some professional planners are beginning to take this seriously and use feedback to create their guest list, and technology has made this even easier. Invitations are sent electronically so that the guests can respond easily through their computers or mobile phones. Interestingly, the guests can also select their preferred meals electronically, ahead of the event.

In any case, it’s a good practice for invitees to communicate their response to the hosts and the hosts could also send reminders where they default.

To avoid the stress that comes with receiving and processing feedback, a modern variation of RSVP called ‘RSVP regrets only’ or ‘Regrets only’ emerged. This requires invitees to reply ONLY when they cannot attend the event. An invitee could say, ‘I regret to inform you that I would not be attending the meeting…’ In this case, the silence of an invitee implies that he/she will attend the event.

Perhaps, it wouldn’t be a bad idea to rewrite ‘RSVP’ and ‘RSVP Regrets only’ in simple English. If words like, ‘Please confirm attendance by sending an email to…’ or ‘Please let us know if you would not be attending the event…’ are written, wouldn’t communication be easier?

Let us know in the comment section below. But first, view some interesting answers we got here…

Chick Chat With Connie Girl: Too Much “Packaging” On Social Media?

VALENTINE OR NOT, THERE’S NO ROMANCE WITHOUT FINANCE

TW Vox Pop: Sexual Violence – Your Views, Who is to Blame & Punish?

Ultimate Love: Where Do You Find it?