This is a story of ‘boy meets girl’.

The boy, Ifeanyi Chukwueke is your regular rich, handsome playboy who gets away with breaking the hearts of many and being a baddie.

The girl, Mary Uwana is a sheltered Christian girl who was forced to grow up way earlier than she should have. After losing her parents to the cold hands of death at age 16, she was confronted with the harsh reality of adult responsibilities and automatically became the breadwinner to her three younger brothers.

The loss of her parents not only forced her to step up to the plate, it also opened her eyes to the depth of wickedness that dwells in the heart of men, especially men of faith and the decadence that has eaten deep into the church.

Ifeanyi meets Mary and he knows almost immediately that she is what he has been searching for; she is however not interested and wastes no time in telling him off.

They meet again during NYSC camp and somehow, the bad boy and church girl hit it off and begin a relationship that was doomed from the start; for one Ifeanyi wasn’t a believer, and Mary harbored a shady secret of her own.

He later becomes born again, but this doesn’t stop the many obstacles they face which threaten to rock the very foundation of their relationship.

The church girl is a story of Love; in its realest and purest form, and I’m not referring to the love between Mary and her beau.

In two book parts, the author, Ufuoma Ashogbon, weaves a tale of faith, the encompassing love of God, and the frailty of human nature. It’s a moving story that teaches about salvation, patience, holiness, the power of forgiveness, and the benefits that come with putting your unwavering trust in the almighty.

Although its fiction, this book is so relatable, it is about real people, with real issues and flaws so big only the grace of God can cover. You are sure to recognize a few people you know in Mary, Ifeanyi and the other characters.

You can purchase copies of The Church Girl’s Book One and Two in major bookstores, or buy the e-copy from Okada books.

4 Reasons You Should Add The Plank To Your Workout Schedule

#ENDSARS: You Need a Break Sis! Here are 5 Ways to Care For Yourself 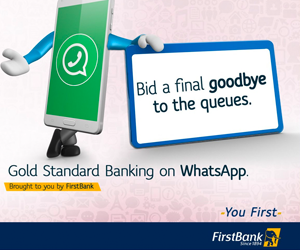