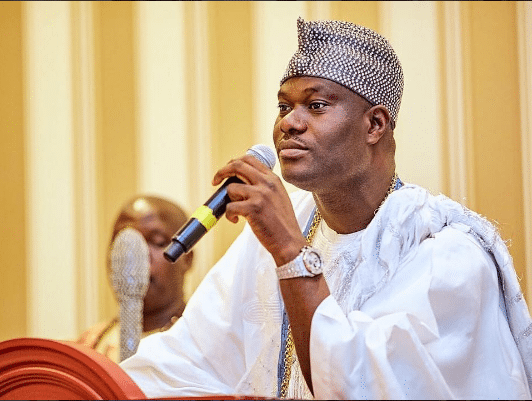 Africans over the years have lost touch with their cultural core, with the development of tech items that have separated us from our core even further it is just right to redirect our attention sometimes.

While before now, Africans most especially the Yoruba speaking people of Nigeria pay a lot of attention to the whispering and attention of the Ifa, who directs and gives honor to everything that should be learnt and known by the society, both in terms of a search for things in the past, present occurrences and the projections of the future.

This explains why the Ooni of Ife has wasted not a single time to rekindle the historical flame of African culture in the Yoruba speaking native of Nigeria who have paid more attention to Google searching for their past, present and future truths without paying attention to cultural ties.

This is so true, before now, Yoruba men and women took it upon themselves to consult Ifa before they embarked on any journey no matter how short or far, just to be sure the way leading ahead is all safe and clear from them to leave their current location. Instructions are passed down from the deity as to when and why they should take certain journeys if they have to move as there might be a lot of perils or blessings ahead.

Today, a lot of Nigerians and Africans say they have prayed either as Christians to God through Jesus or as Muslims to Allah before setting out of their houses for work or for a meeting, but one thing we do not fail to check most especially if you live in Lagos is Google Map.

Chimamanda Ngozi Adichie is the “Winner of Winners” for Women’s Prize for Fiction in 25 Years!

This is for one simple reason, the map states the obvious real-time situation of the road, telling you the when and how you would reach a desired location in the bid to beat the odds on the road.

Tw Makeup Looks Of The Week