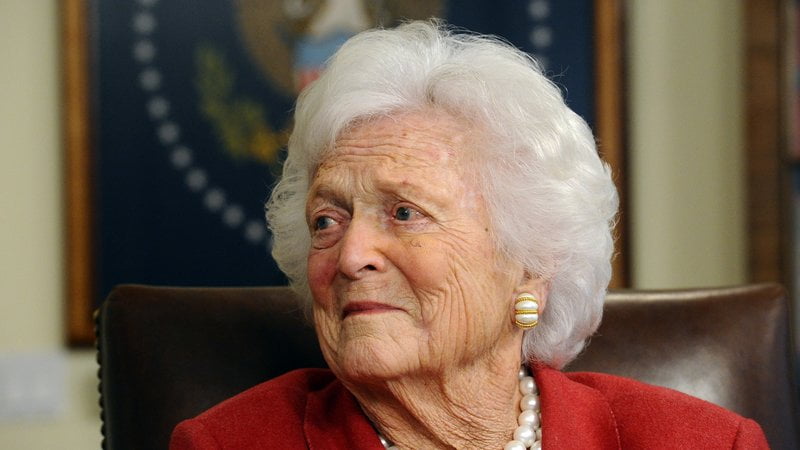 “She became the first lady after her husband was elected president in 1988, and continued to promote her cause of literacy.

Her death was announced in a statement by her husband and former President, George Bush Snr.

According to the statement, she died in Houston, Texas after battling congestive heart disease and chronic obstructive pulmonary disease.

She reportedly decided not to seek any further treatment.

The statement read in part: “Late Barbara Bush was born in New York City on June 8, 1925. She met her husband, George H.W. Bush, at a dance in Massachusetts in 1941 when she was 16 years old.

“After dating for a year and a half, the couple got engaged before he went off to World War II to serve as a Navy torpedo bomber pilot.

“She eventually helped to develop the Barbara BushFoundation for Family Literacy, which seeks to improve literacy in the U.S. through programs directed toward pre-school children and parental literacy.

“The official funeral schedule is yet to be announced.”

Throw Back Thursday – Yinka Davies, The All Round Entertainer

THE BUSINESS OF PHOTOGRAPHY CONFERENCE (TBOP): MEET THE SECOND SET OF PANELISTS

THE BUSINESS OF PHOTOGRAPHY CONFERENCE: MEET THE FIRST SET OF PANELISTS

PREGNANT EVA LONGORIA GETS A STAR ON HOLLYWOOD WALK OF FAME