“The World needs Science, and Science Needs Women” – For Women In Science

Monday 22nd of November 2021 marked the beginning of a wonderful week for African female scientists as Fondation L’Oreal & UNESCO launched the ‘For Women In Science’ 2021 program. This annual event seeks to bring female Scientists to the forefront, engaging, empowering and elevating them to take up space in science globally.

This year, L’Oreal & UNESCO decided to place more significance on the host country and chose Rwanda – and for good reason. The country of Rwanda has grown in notoriety for its progressive actions towards gender equality and ranks among the top 5 countries for gender equality. Each year, the FWIS program selects 20 African women scientists who have made exceptional progress in their research for a chance to have their work elevated. This year, FWIS selected 15 PhD students and 5 Postdoctoral students from 17 Sub-Saharan countries. The scientists enroll in various workshops and training that prepares them to take on the world and take centre stage with their phenomenal work. 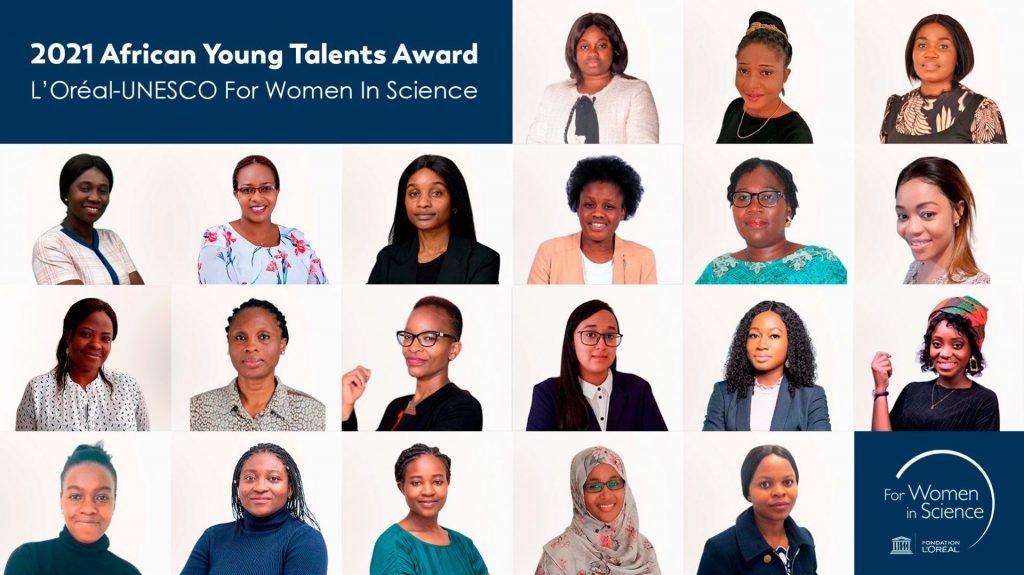 Out of a whopping 440 applicants, this year’s students were selected by a jury assembled by L’oréal & UNESCO led by Aggrey Ambali (Director of Technical Cooperation and Program Financing at the African Union Development Agency (AUDA-NEPAD) and presented to colleagues & members of the press at a Press Conference held at the Kigali Convention Centre, Kigali, Rwanda on Wednesday 24th November 2021. Leading the press conference were – Alexandra Palt (Chief Corporate Responsibility Officer & Vice President, Fondation L’Oréal), Prof. Hubert Gijzen (Regional Director of UNESCO) and Valentine Uwamariya (Minister of Education, Rwanda).

The conference focused on enlightening members of the press on the need for platforms like FWIS and giving the opportunity for journalists to speak to and interact with the class of 2021.

Alexandra Palt spoke on the need for platforms like FWIS saying – “We know that Covid led to girls leaving their education through child marriages and increased the amount of gender-based violence. We know that poverty is having more and more of a female face and Covid led to a lot of female unemployment. When you have unequal gender in society, the crisis will increase them.”

“Women researchers have been less visible. They have been on the forefront of Covid during the Covid crisis as medical personnel, researchers, working on vaccines and still the visibility of (female) Scientists was less important. Our foundation found out in Europe that women Scientists published less because during lockown they had more responsibilities at home leading to less productivity and that is the situation that is of course dangerous.”

On why the FWIS is taking a stand to promote female Scientists, Prof. Hubert Gijzen said – “In many sectors, women are underrepresented and we have seen that only 1 out of 3 researchers is a woman with data from 2018.”

HOW TO MAKE YOUR SMALL ROOM APPEAR BIGGER

“Most of us arrived here by flight and 95% of the announcers that say ‘This is your captain speaking’ is done by a man. Only about 5 out of every 100 Aviation Technicians is a woman – so it gets worse when you go to the Engineering fields. So the question – why focus on women? Well, the fact & statistics speak for themselves. We have grossly underused and utilized a significant portion of the world’s capacities and intellectual potential.”

Sharing insight on the current state of gender equality in Rwanda and why it is playing host to FWIS this year, Valentine Uwamariya said – “The government of Rwanda is committed to gender equality across all aspects of Rwandan life. It is unfortunate that it is in science where we are lagging behind. But also I am happy that we have role models here who can show the young ones that it is possible so they don’t have that fear that science is hard or difficult as a woman.”

“Girls education is an essential component of strategies to show that there is inclusive basic education for all and beyond basic schooling, to ensure that girls are appropriately skilled to contribute positively to the economic and social development of the country.” 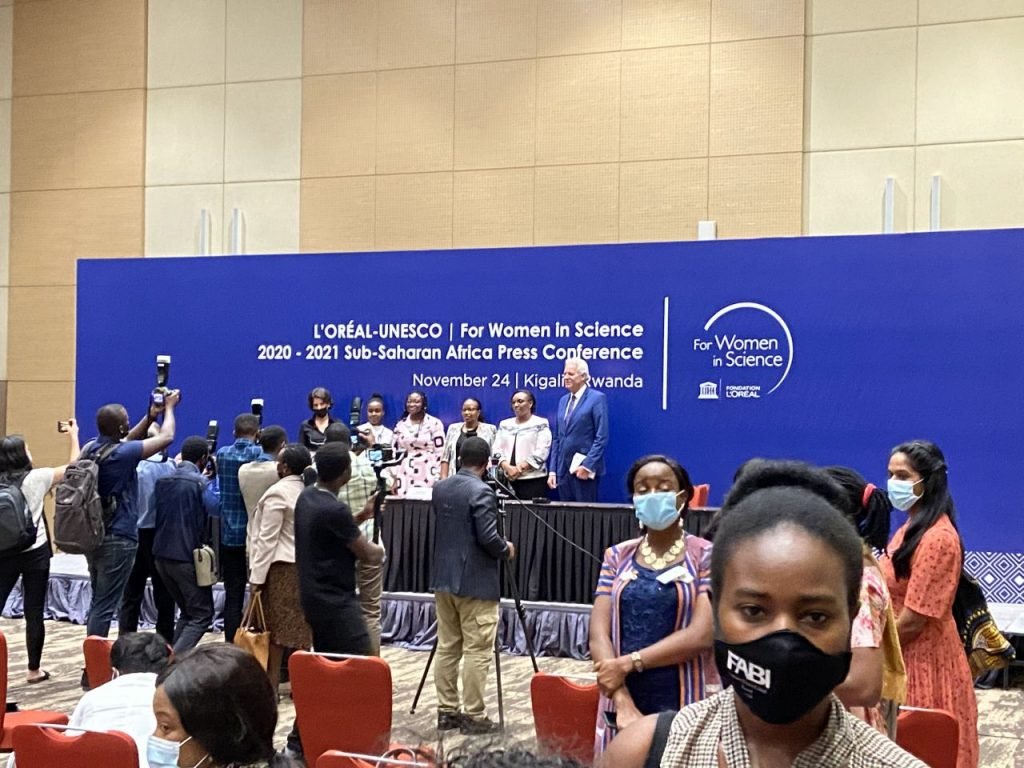 The event ended with cocktails and the opportunity for the Young Talents to interact with the press and share insight on their projects. Keep refreshing TW Magazine for more on the amazing awards night that celebrated these phenomenal women and the exceptional work they do.

The health system in Nigeria is quite poor – Dr. Cassandra Akinde, medical doctor and activist

HOW TO MAKE THE BEST SEAFOOD OKRA

Join Adesuwa Onyenokwe On March 15, In Abuja For “An Evening With A Woman”

Aayenfe Creations to Host the Adire Festival in December 2021!