A recent report revealed Amazon’s AI recruiting technology developed a bias against women because it was trained predominantly on men’s résumés. Although Amazon shut the project down, this kind of mechanized sexism is common and growing – and the problem isn’t limited to AI mishaps.

Facebook allows the targeting of job ads by gender, resulting in discrimination in online job advertisements for traditionally male-dominated jobs from construction to policing. The practice has long been illegal in traditional print media – but Facebook’s targeting tools encourage it. Not only can this affect whether women and non-binary people can see ads; it also affects male job-seekers who are older and therefore viewed as less desirable by many employers. Facebook has come under fire for illegal advertising practices in the past: notably, it scrapped thousands of microtargeting categories after a 2016 ProPublica report showed how it allowed racial discrimination in housing ads.

The platform has repeatedly refused to take responsibility for what people do on it, echoing the behavior of other Silicon Valley companies. Gendered and racialized harassment online goes largely unchecked. Likewise, Google’s YouTube has come under fire for algorithms that appear to push radicalizing far-right content on to casual viewers, while Google itself has faced accusations that its image search and autocomplete features rely on and strengthen racist and sexist stereotypes.

As online platforms strip away civil rights protections intended to correct biases in earlier forms of communication, it serves as an example of the dangerous tendency of our current, and supposedly progressive, technologies to recreate discriminatory patterns of the past. Indeed, these problems fit a pattern in the long trajectory of the history of technology. 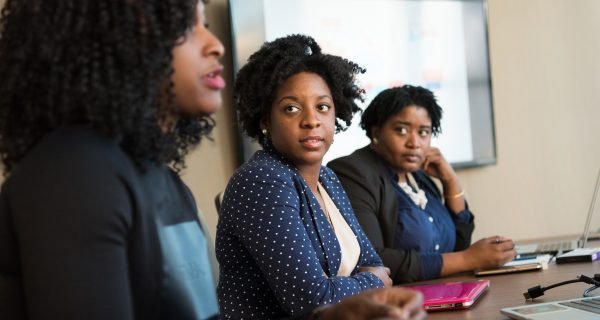 Women continued to program, but they had to do it without the support of major institutions. One example was the entrepreneur Stephanie “Steve” Shirley, who used a masculine nickname to sidestep sexism. Shirley started a freelance programming company with an explicitly feminist business model after finding herself unable to advance in government and industry. She employed hundreds of other women who had similarly had to leave the workforce. Shirley gave these women an opportunity to use their skills in the service of the nation’s economy by giving them the option to work from home, filling some of the gaps left by this exodus of trained computer professionals from full-time computing work.

Women in Kenya closing gender gap in science and tech

In computing today, a field that claims to value diversity, engineers at Facebook and other companies are building tools that roll back the advances of women in the workforce, as the industry undoes the civil rights protections enacted to ensure that what happened in early computing does not happen again.

Strong representation of women in the labor market is key, historically and today, for women to be able to assert their rights in all aspects of their lives.

INSPIRATIONAL WOMEN IN TECH THROUGHOUT HISTORY