According to Folake Olowofoyeku – “…people need to be reminded immigrants, in general, are not villains, they’re just looking for a better life.”

If you live in Nigeria, chances are the thought of relocation have crossed your mind more than once. Either when you’re witnessing Nigerian politics at its ugliest or remembering the reality of the #EndSARS protests. You’ve at one point or the other thought migrating to another country for a better life. But in reality, the term “immigrant” has evolved into meaning ‘undesirable’, ‘castaway’, ‘runaway’ when in reality it is simply seeking better. And Nigerian-born actress, Folake Olowofoyeku is working to change that.

Folake’s new show – “Bob Hearts Abishola”, focuses on the Nigerian immigrant experience with all its bells and whistles. The plot of the show centers on a white middle-aged businessman, Bob, who falls in love with his Nigerian cardiac nurse. Their story unfolds to unveil the unspoken trails or living as an immigrant, as well as some fun. 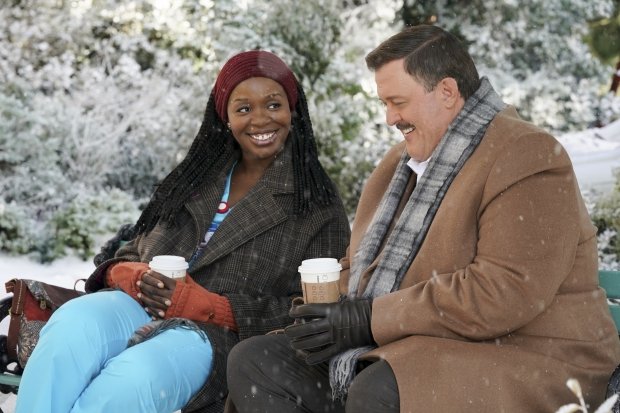 Speaking on the show, now in season 2, Folake Olowofoyeku tells Essence – you’re “missing a show that’s filled with a lot of laughter, a lot of love and a lot of heart and kindness, and a lot of crazy but in a good way. It’s a show that highlights differences but, in the same breath, highlights the fact that even though those differences exist, we all, deep down, want the same thing, which is, love, family, good health and to be surrounded by people we love.”

Mistress of Wholesome – A Play

Folake is the youngest of 20 siblings who emigrated to the United States in 2001. Although her parents wanted her to study Law, Folake followed her own path. Today, she not only acts but sings under the stage name ‘Folake’.

The ‘My Village People’ Premiere was Packed with Your Celebrity Faves – See Photos!

Make Your Own Cashew Nut Milk at Home with this Easy Recipe! | Healthy Living with Tosin

We Think You’re Not Drinking Enough Water – Here’s Why & How to!

The Rattlesnake Movie Premiere Draws Out The Fiercest Of Us All!