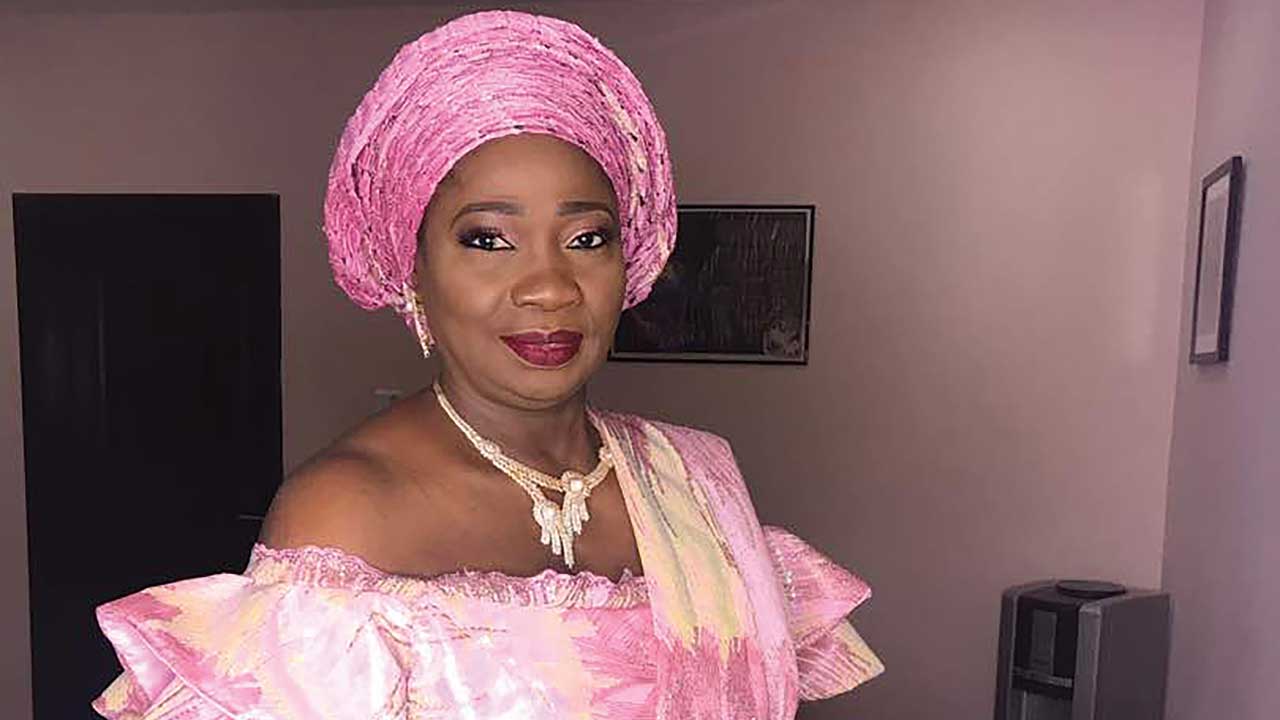 When the then-candidate Muhammadu Buhari hit the campaign trail in 2014, there was a permanent fixture at every campaign venue. Abike Dabiri-Erewa was the de facto anchor. At a point, her voice was hoarse. Still, the task at hand had to be done.

When President Buhari began his re-election campaign in December 2018, she was, again, thrown into the fray. With a distinct possibility of a rigorous campaign schedule before her, Dabiri-Erewa says she is more than ready to champion a cause she believes in: ensuring the re-election of President Buhari whom she is currently serving as the Senior Special Assistant on Foreign Affairs.

Although she is a former federal legislator, Dabiri-Erewa did not seep into national consciousness because of politics. As a band member in her university days, she was known as Abix Eros. As a television reporter, her human-angle reports, especially that of “Mary the Miracle,” which she investigated for eight years, launched her into national acclaim.

For 15 years, she was at the Nigerian Television Authority where she, at one time, was the face of Newsline, a human-interest news programme that focused on creating social change through in-depth reportage of stories that affect mostly the masses. Although she only anchored the programme between 1999 and 2000, the short period was enough for her to impose her warm personality on the show that was made popular by the likes of Frank Olize and Yinka Craig.

Her stint as the show’s anchor manifested in some of the bills she sponsored as a federal lawmaker, including Nigerian Infant Health Welfare Bill, Nigerians With Disability Bill, Freedom of Information Bill and Journalism Enhancement Practice.

Her journey into politics did not come easy, however. Nigerian politics is inherently misogynistic. She had to battle against the notion that she was an unknown in politics. And there is the discouraging belief that politics is a dirty game and, in order to win, one has to play dirty.

Today, she is one of the few well-known female faces in the Buhari government. That could be attributed to her prior successes as a lawmaker and a broadcaster.

Her relative success in the perceived dirty arena of politics, she said, she owed to her focus and to the former governor of Lagos State and a national leader of her party, Asiwaju Bola Tinubu, whom she said helped a lot of women in politics.

After three terms in the House, all won with relative ease, she decided she has had enough of lawmaking. Maybe she was a bit disenchanted with the way things were being done then. But she insists the decision not to return to the House is not something she regrets.

“I think that’s the best decision I’ve ever made in my political life…for myself and my family,” she says.

Her decision to not return for a fourth consecutive term did not mean the Jos-born broadcaster wanted to disconnect herself from active politics. In fact, the time and energy she would have expended on her own campaign in 2014 and 2015 were channeled towards championing the cause of the All Progressives Congress (APC) and its presidential candidate, Buhari. She crisscrossed the country with the campaign team, anchoring most of the rallies for the party. With a broom in one hand and microphone on the other, her experience as a broadcaster came in handy.

“I joined the campaign because I believed we needed to do some things differently. And I thought President Buhari was the man that could do that,” she said.

Dabiri-Erewa still holds on to that belief.

Late in 2018, she and others founded Together Nigeria, an independent advocacy group dedicated to showcasing what she says are the outstanding achievements of her boss in the last three and half years. The group, she tells GuardianWoman, is funded solely by members who believe that the president deserves a second term.

To RUGA Or Not To RUGA

The former lawmaker explains that although the government has made “a few mistakes,” the achievements far outweigh them. A devout Muslim married to a Christian, Dabiri-Erewa is looking to take the Together Nigeria campaign beyond ethnic and religious lines. She insists her boss is better suited to make Africa’s largest democracy a more united country.

“While in four years President Buhari could not have totally redeemed Nigeria from the state in which he inherited the country, he has made great progress,” she says.

“Let’s keep moving forward under President Buhari, and finish the work that he has started to change Nigeria.”

Does she have her eyes on a higher elective political office in the future after she voluntarily ruled herself out of re-election she could have won in 2015? She defers to the future. But for now, she is dedicated to her role as the Senior Special Adviser to President Buhari on Foreign Affairs and the Diaspora and the first Chief Executive Officer of the Nigeria Diaspora Commission.

The law establishing the Commission was signed into law in 2017 by Vice President Yemi Osinbajo, who was at the time acting as the president.

In those roles, she has the responsibility of connecting the government to about 15 million Nigerians living outside the country. In spite of the challenges that come with that, Dabiri-Erewa says she is focused on, among other things, making Diasporean Nigerians more involved in the election of the country’s leaders. She says she is looking forward to Nigerians living abroad being able to vote in 2023.

“It is going to be a priority,” she says.

THE CHATROOM – AN UNVEILING

We Owe Fade Ogunro for these Major Tips On How to Network at Events!

What Are Knot Pillows Used For? Let Us be Your Guide!

First Bank’s Corporate Statement on their New Board Constitution

The health system in Nigeria is quite poor – Dr. Cassandra Akinde, medical doctor and activist

BRAIDS: COLOR ME BEAUTIFUL – A Rehash