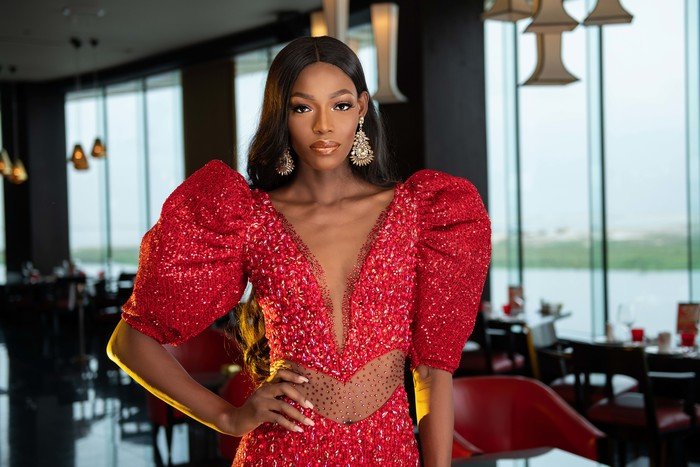 Miss Nigeria 2019, Nyekachi Douglas, is the definition of women supporting women. Her show of love and overwhelming support at the Miss Universe & Miss World competitions respectively, has won Nyeka hearts all over the world. But that is not to take the limelight away from her own amazing achievements.

Nyekachi Douglas was born in Florida, U.S.A on the 28th of May 1998 but hails from Ibaa, Emohua LGA, Rivers State. Following her growing passion for modelling, the 21-year-old decided to embark on her modelling career more seriously. This journey took a while to kick off, but paid off when she walked the runway for Amalia Probowo at the 2017 New York Fashion Week. Since then she has walked at the Arise Fashion Week 2019 for designers like Lanre DaSilva, Pappa Oppong, Odio Mimonet and many others.

However, her light started to shine even more at the recently concluded Miss Nigeria competition. She was crowned as the MBGN World, and this started her Miss Universe & Miss World competition journey. And Nyeka meant business because racked up several titles along the way.

A Heart of Gold

Nyeka first got global recognition as a contestant with a heart of gold when she showered Miss South Africa, Zozibini Tunzi with support after her Miss Universe win. No one could ignore her genuine show of love to the winner. It was a beautiful show of Black Girl Magic! Nyeka also left with the coveted title of Miss World Africa!

The Nigerian sweetheart also won more love again when she rejoiced with the Miss World winner, Miss Jamaica 2019 Toni-Ann Singh as she got her crown.

Honestly, we would be lying if we said this moment didn’t make us rethink some of our friendships. LOL

Women We Love: The ‘Queen of Talk’ – Joyce Daniels

It is because of this show of camaraderie, beauty and selflessness that makes Nyeka a women we love.

If you’d like to find out more on Nyeka, follow her on social media – @Nyeka_d! And make sure to check out another inspiring woman, Temi Olanrewaju on last week’s Women We Love.

Take Your Skincare Game to the Next Level with this Moisturizer How-To!

It’s Asa Like Never Before! Watch An All-New Episode of The Juice with Bolanle Olukanni

Your Faves Are Rocking this Trending Braided Ponytail – Here’s How You Can Too!