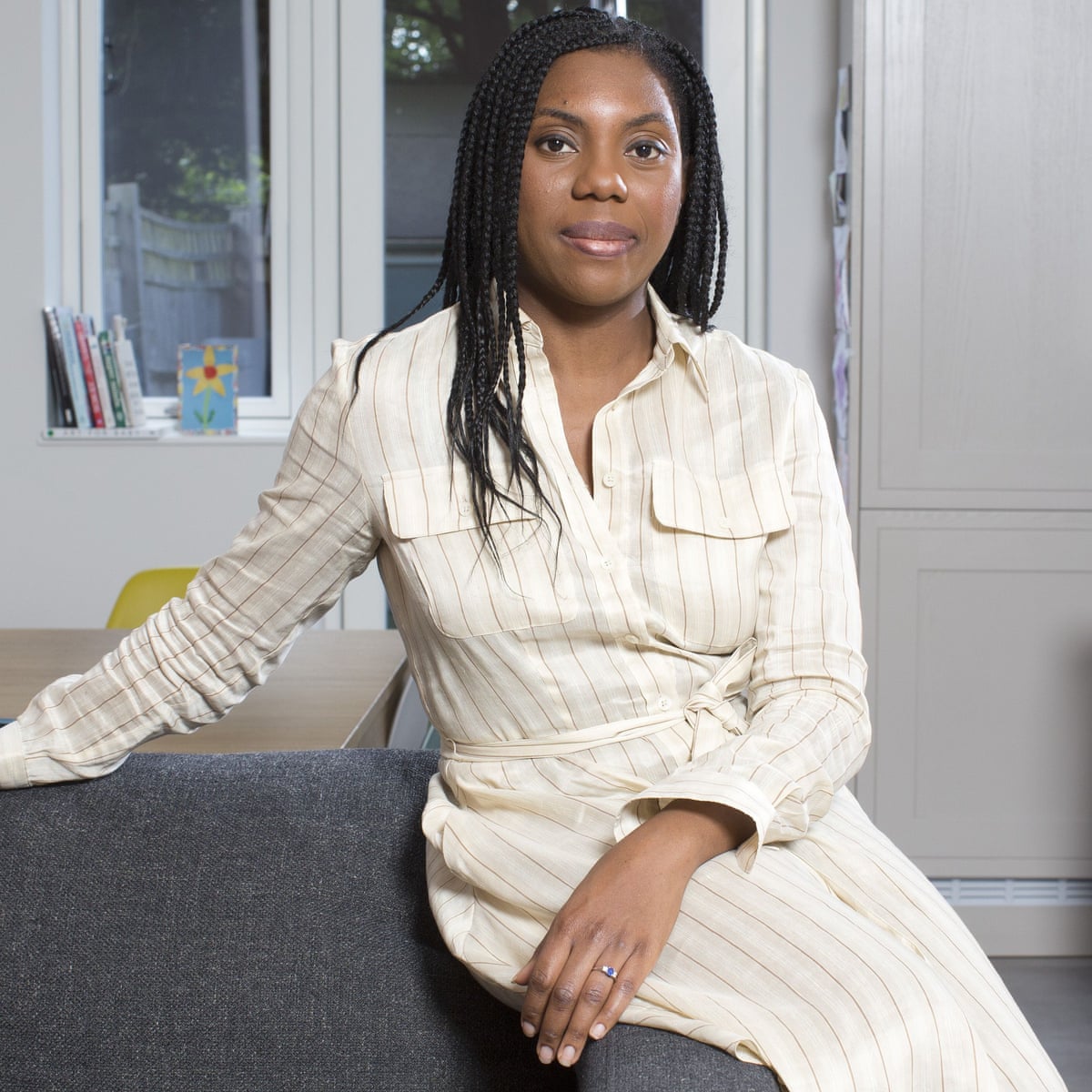 was born in 1980 in Wimbledon, London, to Femi and Feyi Adegoke. Her father was a GP and her mother was a professor of physiology. With 2 siblings – a brother named Fola and a sister called Lola and a childhood that included living in Lagos, Nigeria and the United States, we can say Kemi experienced life in 3 countries. She obtained A Levels from Phoenix College, a former further education college in Morden, London, while working at a branch of McDonald’s.

Badenoch studied Computer Systems Engineering at the University of Sussex, completing an MEng in 2003. She initially worked within the IT sector, first as a software engineer at Logica (later CGI Group) from 2003 to 2006. While working there she studied law part-time at Birkbeck, University of London, and completed an LLB in 2009. Badenoch then worked as a systems analyst at the Royal Bank of Scotland Group, before pursuing a career in consultancy and financial services, working as an associate director of private bank and wealth manager Coutts from 2006 to 2013 and later a digital director at The Spectator from 2015 to 2016 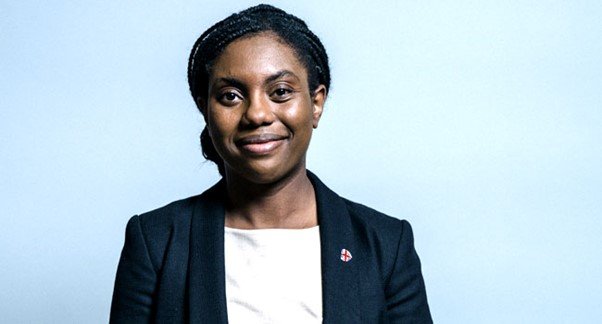 Kemi is married to Hamish Badenoch; they have two daughters and a son. Hamish works for Deutsche Bank and was a Conservative councillor from 2014 to 2018 on Merton London Borough Council, representing Wimbledon Village. He also unsuccessfully contested Foyle for the Northern Ireland Conservatives at the 2015 general election.

Kemi was a board member of the Charlton Triangle Homes housing association until 2016 and was also a school governor at St Thomas the Apostle College in Southwark, and the Jubilee Primary School.

She describes herself as a cultural Christian and notes that her maternal grandfather was a Methodist minister in Nigeria. Badenoch’s father Femi died in February 2022 and she took bereavement leave from her ministerial duties for a brief period. 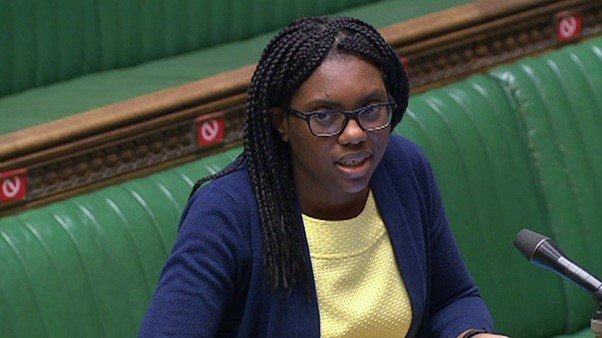 Kemi joined the Conservative Party in 2005 at the age of 25. At the 2010 general election, she contested the Dulwich and West Norwood constituency against Labour’s Tessa Jowell and came third.

Two years later, she stood for the Conservatives in the London Assembly election, where she was placed fifth on the London-wide list. The election saw the Conservatives win only three seats from the London-wide list, so Badenoch was not elected. Three years later, in the 2015 general election, Victoria Borwick was elected to the House of Commons and subsequently resigned her seat on the London Assembly. The fourth-placed candidate on the list, Suella Fernandes, had also been elected to the House of Commons and declined to fill the vacancy. Badenoch (as she became, following her marriage in 2012) was therefore declared to be the new Assembly Member. She went on to retain her seat in the Assembly in the 2016 election.

She was appointed as the Conservative Party’s Vice Chair for Candidates in January 2018.In April 2018, The Mail on Sunday obtained a video of an interview that Badenoch did with Core Politics, where she confessed to hacking into the website of a Labour MP in 2008. The MP in question was Harriet Harman, who was then Deputy Leader of the Labour Party. Harman accepted Badenoch’s apology, but the matter was reported to Action Fraud, the UK’s cybercrime reporting centre.

In July 2019, Badenoch was appointed as Parliamentary Under Secretary of State for Children and Families by the Prime Minister, Boris Johnson.

In February 2020, Badenoch was appointed Exchequer Secretary to the Treasury and Parliamentary Under Secretary of State (Minister for Equalities) in the Department for International Trade. She has been a member of the Public Accounts Committee since March 2020. In a Black History Month debate in the House of Commons in October 2020, she reiterated the government’s opposition to primary and secondary schools teaching white privilege and similar “elements of critical race theory” as uncontested facts.

Conservative Home readers voted Badenoch’s speech on critical race theory 2020 ‘speech of the year’, in which she said that any school that teaches “elements of political race theory as fact, or which promotes partisan political views such as defunding the police without offering a balanced treatment of opposing views, is breaking the law”.

In March 2021, Badenoch was encouraged to “consider her position” as an equalities minister by Jayne Ozanne, one of a group of three government LGBT advisers who quit their roles due to the decision by the government not to ban conversion therapy, with Ozanne describing a speech by Badenoch on the issue as being “appalling” and the “final straw”. 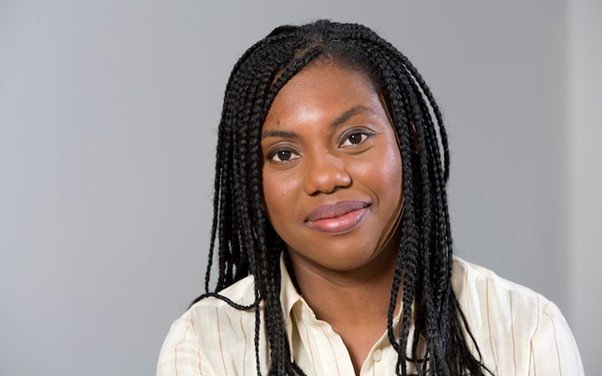 On 6 July 2022, Badenoch resigned from the government, citing Boris Johnson’s handling of the Chris Pincher scandal, in a joint statement with fellow Ministers Alex Burghart, Neil O’Brien, Lee Rowley and Julia Lopez. Two days later she launched a bid to replace Johnson as Conservative party leader. She made the announcement in an article for The Times in which she said she wanted to “tell the truth” and advocated “strong but limited government”. She called the target of net zero carbon emissions “ill-thought-through” and said that politicians had become “hooked on the idea of the state fixing the majority of problems”. She launched her campaign at an event held on 12 July 2022.

by TW Editorial
This Month In TW

No Man Is An Island. The Power of Teamwork!