The past couple of hours have been filled with charged emotions as rape allegations have been made against popular Yoruba Nollywood actor – Olanrewaju James aka Baba Ijesha. The alleged was caught on CCTV cameras attempting to molest a young girl. The girl in question is a foster child to popular comedian, Princess. 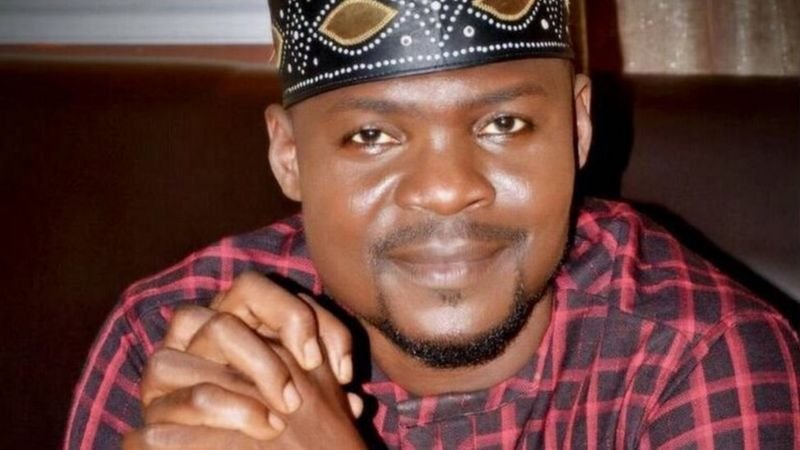 According to Princess, she had some problems with her marriage which led to the loss of a child. Out of compassion, parents who lived in her neighbourhood decided to let their children stay with her and keep her company. The children were 6 – 3 boys & 3 girls.

During this time, Baba Ijesha came to Princess for help because he too had fallen on hard times. “I tried my best. I registered him in a lesson, he sat for GCE and then I tried to get him into UNILAG.” He eventually started school after getting enrolled. He later came to her, needing more help. A few of the kids had gone to play – leaving Princess, her sister, Baba Ijesha and one of the girls at home. When her sister was ready to leave, Princess walked her to the gate.

“I didn’t know what happened in the space of three to four minutes. But the following week, the school called me… They said the girl sat on the brother’s leg and was doing her waist somehow.” They also called the parents of the children. Being “strict born again Christians“, the parents assumed it was spiritual and started praying.  Baba Ijesha “warned her not to tell anybody. he came back the next day to be sure…saying he bought fruits and she should follow him to carry the fruits for everybody“. “When she got down, he used his key to defile her again after that day that he came. He didn’t come to my house again, but anytime he needed help, he would call me.”

It was after she started noticing the young girl started failing in school, Princess, her family and the girl’s family started praying for things to get back to normal. Eventually, Princess’ friend spoke to the young girl again and she opened up and told them what had been happening. Princess then installed CCTV cameras in her home, ensured there was no one but the young girl at home and invited Baba Ijesha to her home. It was at this time that Baba Ijesha attempted the same act again, but this time caught on camera. The police got involved and Baba Ijesha got arrested.

In her account, Princess revealed that the actor confessed to the crime four times and claimed it was the devil.

After the story broke, other Yoruba Nollywood actors like Iyabo Ojo, Mercy Aigbe, Foluke Daramola, Lepacious Bose, and other celebrities like Tontoh Dikeh, Toolz and more have come out to express their outrage regarding the incident. All this amidst numerous people claiming Princess has ulterior motives and is lying.

Watch her videos below;

by Barbara
This Month In TW

7 Things To Think About When You Feel Like Giving Up

Mum’s Worst Day: Taymi B on Finding Your Parenting Style & Living Out Loud with Nicole Chikwe